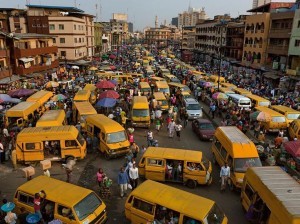 November 17, 2015 – Executive search firm Cripps Sears & Partners has continued its international expansion with the addition of Ted Theodore. Based in Lagos, he will be heading the firm’s office there and will work closely with its practice leads in developing business in Sub Saharan Africa.

Mr. Theodore worked with Shell for two decades in diverse HR and business roles, most recently in special projects in Nigeria and a strategy leadership role in The Hague, leading the people and services aspects of a major divestment and the post-divestment business integration in Nigeria.

The MENA region (Middle East / North Africa) has a population of over 400 million in 22 countries. Opposing views on politics, history, religion, culture and economic fortunes are vast and well known in the region. Older more traditional economies, like Egypt, now sit alongside the relatively new emerging economies established on the back of crude oil and natural gas production.

According to Oil and Gas Journal, the MENA region has 60 percent of the world’s oil reserves and 45 percent of the world’s natural gas reserves. This, along with relative political stability and economic reform, has led to considerable foreign interest, both in terms of financial and human capital investment. All music to the ears of executive recruiters looking to expand throughout the region.

Earlier this year, Cripps Sears named three new associates to its London staff with the additions of Libertad West, Alex Gibbs and Arpad Szakal. Established in 1973 the firm serves the energy, natural resources and infrastructure industries from offices in London, Houston, Perth, Singapore and Paris.