Menu
View our Events
Stay Connected:
Companies that fail to prepare for a change in leadership are gambling with their future, says the founder of Bob Nahas Executive Search, who has several decades of experience in recruiting for the fashion and retail industries. Today’s business news, he says, offers plenty of proof. 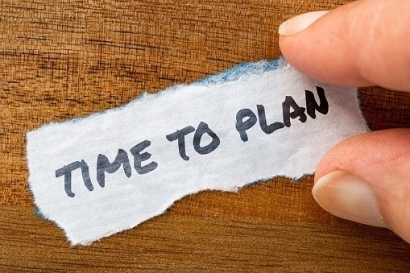 March 20, 2018 – For companies big and small, the consequences of failing to establish a clear plan for future leadership can be staggering.

One need only consider recent headlines about changes at the top at companies like Ralph Lauren Corp. and J. Crew to see the effect of poor succession planning on a business – from stunted growth to uncertainty among employees and investors. And that’s to say nothing about the many small and family-owned companies that have been forced to shut down because they had no leadership plan going forward.

“The last thing you want is to be caught, like a deer in the headlights, without a sustainable succession plan,” said Bob Nahas, managing director of Bob Nahas Executive Search, which provides consulting for fashion and retail firms. “This requires discipline and vision,” he added. “Consider where your business is going, not just where it has been.”

His suggestions: Recruit board members that are outside of the family and industry; a cross-disciplinary board, he said, is better prepared to anticipate the needs of the future. Above all else, he advised: “Make succession planning the backbone of all your leadership positions. In the words of the Boy Scouts’ enduring leadership motto, ‘Be Prepared.’”

Mr. Nahas, who has more than 40 years’ experience in fashion and retail, including 28 years in executive search, points to the troubles faced by Ralph Lauren Corp. and J. Crew as cautionary tales. Both of the fashion industry icons recently had to reach outside of their own ranks for new leaders, and for Ralph Lauren, it was the second time in two years.

Many observers assumed that Ralph Lauren’s chief operating officer Roger Farah would become CEO when the company’s namesake finally stepped down. “In the period from 2000 to 2013 when Farah was COO at Ralph Lauren, the stock went from around $16 to about $165,” said Mr. Nahas. “However, it was announced in late 2013 that Farah would become executive vice-chairman and relinquish his COO role. A nebulous title such as executive vice-chairman is often the way a graceful exit is orchestrated for an executive situation that is uncomfortable. Some former insiders say that Ralph Lauren was bothered by the accolades Farah received, particularly from Wall Street, for the success of the company.” Since Farah’s departure, the stock declined from $165 to about $88 as of this past September.

About two years after Farah departed it was announced that Stefan Larsson, global president of Old Navy, would be the first person to succeed Lauren as CEO. “A board member introduced the two men, who both wondered if a leadership marriage would make sense,” said Mr. Nahas. “Apparently, it didn’t make for a long-lasting partnership, as less than two years later Larsson left over creative differences with Ralph. A new CEO, Patrice Louvet, from P&G has been since appointed; it could be at least a year or more before we can tell if he is a better choice.”

Out of Sight, Out of Mind

A similar story unfolded last year at J. Crew when Mickey Drexler stepped down after 14 years as CEO. His successor was James Brett, the former president of West Elm, the furniture and home décor retailer. “While it is not publicly traded, J.Crew’s financial problems have been well publicized recently,” said Mr. Nahas. “As with Ralph Lauren, Drexler did not have a successor groomed internally. While it appears that he exited sooner than he had planned, he and the board had not given much thought to succession planning during the past 14 years.”

“Both situations fall into a pattern of a bumpy succession plan when the incumbent CEO is a founder or, in Drexler’s case, a founder 2.0 and significant shareholder,” said Mr. Nahas. “It is likely that in both cases the boards were deferential to Lauren and Drexler and didn’t insist on having a clear succession plan.”

The new leaders of Ralph Lauren and J. Crew face some different challenges. “While Brett will be dealing with a fragile financial picture, he will not have his predecessor there as the No.1 merchant in the company,” said Mr. Nahas. “Patrice Louvet shares this challenge as well. However, Louvet may have it somewhat easier than Larsson did as the board is dealing with one high-profile failure on its record and the reality of an active founder who is not getting any younger. So, the board is really invested in Louvet’s success, and shareholders must trust that the board did its due diligence in making the selection.”

Here’s Why Succession Planning Matters
For companies, failure to prepare for the future can be costly at best, disastrous at worst. Yet succession planning remains one of the top challenges facing businesses today. One recent study found that more than half of companies surveyed do not have a strong candidate prepared in the event of a CEO transition.

For those seeking answers to succession challenges, Mr. Nahas offers what he calls “the antidote to the mess created by laggard succession planners.” For both large public companies as well as smaller family businesses, he suggests the following:

Five Suggestions to Help a CHRO Manage the CEO Succession Process
CEO succession planning has three main leadership components. Most boards of directors embrace their role, accepting that designating the would-be future leader of their company is an ongoing process requiring consistent …

For a family business the principles and philosophy are the same as above, said Mr. Nahas. In some cases, they may be scaled back.

The CEO’s Important Role in Succession Planning
At the most basic level, the CEO’s role is straightforward: driving management succession at senior levels, including the early identification of any inside CEO contenders, ensuring that the organization is developing succession-ready executives for all senior roles, and serving in an of-counsel role to the board on ….

Mr. Nahas was formerly a principal in the strategy group at Kurt Salmon Associates and a managing director at Herbert Mines Associates.