Menu
View our Events
Stay Connected:
In its latest survey of board directors, Russell Reynolds Associates finds that in response to investor and stakeholder expectations, DEI is drawing increased focus in the boardroom as well as the enterprise itself. Those directors whose companies have diversified their boards overwhelmingly point to a change for the better. Let’s take a closer look. 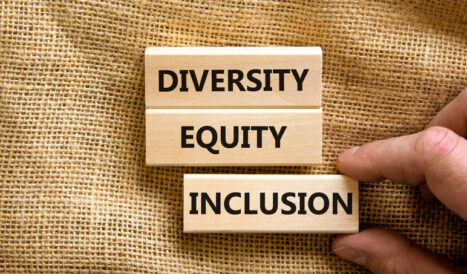 June 15, 2022 – Around the globe, diversity, equity, and inclusion (DEI) has grown to become a critically important boardroom topic given the increasing focus by legislatures, regulatory bodies, stock exchanges, investors, and the general public. Many of these stakeholders have enhanced their expectations around DEI because of the growing body of research that shows improving DEI results in improved business performance, not to mention the reality of an increasingly diverse workforce and labor market, according to a new report from Russell Reynolds Associates.

Every three years, Russell Reynolds Associates surveys a global group of board directors, asking them about their board, their fellow directors, how they spend their time, and what topics they focus on the most. This year, over 1,100 directors participated. The firm uses the information they provide in its work assessing directors, recruiting, and evaluating board leaders, and as part of its board effectiveness and advisory work. “Given increases in investor and stakeholder expectations, directors are focusing in equal measure on DEI in the boardroom and DEI in the enterprise,” the Russell Reynolds report said. “It is therefore no surprise that the majority of directors we surveyed reported that their board diversified itself in at least one of five ways (gender, age, ethnicity, nationality, or sexual orientation) over the last 24 months.”

Yet as with so many other topics, gold medal boards (boards whose directors rate their board effectiveness as a nine or 10 on a one to 10 scale, and report the company as having outperformed relevant total shareholder return (TSR) benchmarks for two or more consecutive years) went above and beyond: Sixty-seven percent reported diversifying by gender (compared to 59 percent of all respondents), 50 percent diversified by age (compared to 43 percent), 34 percent by ethnicity (compared to 25 percent), 29 percent by nationality (compared to 28 percent), and four percent by sexual orientation (the same as all respondents).

“Many critics of the increased corporate focus on diversity argue that diversifying organizations does not actually make the organization any better,” the Russell Reynolds report said. “But the directors who say that their board diversified disagree, reporting overwhelmingly that the increased diversity has had a positive, or strong positive change on the board.

According to Vanguard: “An effective board should be independent and reflect both diversity of personal characteristics (such as gender, race, and ethnicity) and diversity of skill, experience, and opinion.”

As major investors like Vanguard, BlackRock, and State Street are pushing for increased diversity, DEI will be an even bigger focus moving forward, according to Russell Reynolds. “Unfortunately, while many of the directors completing our survey this year reported diversity improvements on their board, there were still 23 percent of respondents whose board had not improved their diversity in the past two years,” said the firm. “Many will need to soon: In addition to increasing investor demands and their growing willingness to withhold support for director nominees, legal requirements are changing across the globe. For example, in the U.S., Nasdaq’s board diversity rule was approved by the SEC last year, and will eventually mandate all Nasdaq companies have two diverse directors or explain why they do not. United Kingdom companies are facing the Park Review target for boards to appoint at least one minority ethnic director by 2024.”

If diversity leads to positive changes in board culture, why are some companies slow to act? The Russell Reynolds report notes that when directors were asked to identify the greatest challenge facing their board when it comes to recruiting more diverse directors, they pointed to issues as wide ranging as a lack of director openings (25 percent), candidates from historically underrepresented populations lacking the relevant expertise (24 percent), a limited number of candidates (21 percent), and a simple acknowledgement that it is not a priority for their board (nine percent). (Eighteen percent said they have no challenge finding these directors at all.)

From Insights to Action

Lack of (or sluggish) movement towards increased diversity can be due to several reasons, but these survey responses emphasize a false impression of the talent market, according to the Russell Reynolds report. “In almost every market where we operate, there are more than enough sufficiently qualified director candidates from historically underrepresented groups who are qualified for, and interested in, serving on corporate boards,” the firm said.

In a new report, Russell Reynolds Associates examines the steps that countries are taking to encourage or mandate improved gender diversity in the boardroom. Among the countries observed: Japan, the U.S., Hong Kong, Australia, Brazil, and Germany. And in a fresh, new episode of “Talent Talks,” Georgina Pawley, partner EMEA at Beecher Reagan, discusses changes in diversity recruiting caused by COVID-19. Read more.

What is the real problem? By some estimates, Russell Reynolds notes that approximately half of boards complete board searches themselves, relying on “friends and family” to find candidates. “Therefore, it is not surprising those companies struggle to find diverse, qualified candidates given the artificial limitation they are putting on the director talent pool,” the report said. “Increasing board diversity and ensuring the board’s oversight of DEI in the enterprise has the potential to greatly improve company performance and overall stakeholder engagement.”

Fortune 500 boards appointed a record share of women and first-time directors in 2021, according to the 2022 Board Monitor report from Heidrick & Struggles. The study, which analyzed Fortune 500 board appointments including representation by gender, race/ethnicity, and experience, found that global events like the pandemic, climate change, increased calls for racial and social justice, and now the war in Ukraine have prompted corporations to focus more attention on organizational purpose. In response, Fortune 500 boards of directors notably shifted to bringing in a wider range of experience, including more directors who are women, diverse, and serving for the first time in the boardroom.

In 2021, 449 board seats were filled with a record percentage of first-time public board directors, at 43 percent, up from 38 percent in 2020, and women directors, at 45 percent, up from 41 percent the previous year. Forty-one percent of directors appointed last year were racially or ethnically diverse, on par with 2020. And, continuing a trend for all directors, a growing share were active (62 percent) rather than retired executives (38 percent).

“The unprecedented events of the past two years have significantly altered the nature of corporations’ license to operate – the fundamental contract is changing between organizations, their stakeholders, and the communities in which they do business,” said Bonnie Gwin, vice chair and co-managing partner of the firm’s global CEO and board of directors practice. “Boards continue to seek fresh thinking as evidenced by the appointment of directors with more diverse backgrounds. And the truly cutting-edge boards are taking a strategic, holistic approach to board succession by continuously monitoring refreshment opportunities to meet today’s challenges and respond with resilience when the unexpected occurs.”