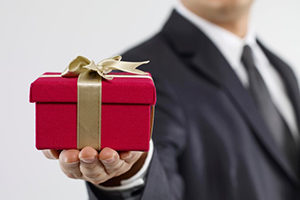 September 25, 2018 – For universities, major gift officers are among the most vital roles. The position involves identifying potential donors, cultivating relationships and, above all, garnering much-needed contributions from key supporters. Recruitment firms that can find the right person for this top-level fundraising position are much-valued partners everywhere. And for recruiters, the business of finding major gift officers is booming.

Greenbrae, CA-based Cook Silverman Search has been selected by Golden Gate University (GGU) to lead its search for a major gifts officer. Victoria L. Silverman, co-founder of Cook Silverman, is heading the assignment.

The major gifts officer is responsible for engaging, maintaining and soliciting a portfolio of major gifts prospects and donors, capable of giving $25,000 or more. The executive will be raising funds for the McCarthy Institute, a new joint center of GGU’s schools of law and business. as well as unrestricted and other restricted funds.

Candidates must have five years of demonstrated successful major gift fundraising experience in the San Francisco Bay Area as well as a passion for the mission of GGU, said the search firm. The incoming leader must be able to arrange and complete 75 to 100 one-on-one donor meetings per year to cultivate and steward donors and prospects.

Ms. Silverman has more than 30 years of experience in the philanthropic sector. Throughout her career, she has worked in senior fundraising, advancement and management positions at Stanford University, Washington University in St. Louis, the University of California, the American Film Institute, and the Buck Institute for Age Research, among others. Her search work focuses on higher education, the arts, biotech and environment sectors. She has been speaker for the Council for Advancement and Support of Education and has served on fundraising advisory committees for several non-profit organizations.

Here is a sampling of a few search firms that have been tapped to find new major gift officers for organizations from the Hunt Scanlon Media archives:

Aspen, CO-based Aspen Leadership Group was selected by Ithaca College to lead its efforts to find a new major gifts officer. Ithaca’s major gift officer is expected to be a front-line fundraiser with the responsibility of managing a portfolio of prospects made up of alumni, parents and friends with the giving potential of $100,000.

Development Guild DDI recruited Peter Trainor as the major gifts officer for the Pine Street Inn in Boston. Pine Street was looking for an executive with four to seven years of progressively responsible experience in a successful individual giving program as well as a proven track record in managing individual relationships and securing five-six figure gifts.

The American Civil Liberties Union (ACLU) Foundation of Massachusetts has retained Boston-based recruitment firm Lois L. Lindauer Searches to spearhead its hunt for a new major gifts officer. This is an opportunity for a seasoned development professional to join a highly-respected organization in which development plays a critical role.

Check Out These Related Articles On Searches For Fundraising Executives: