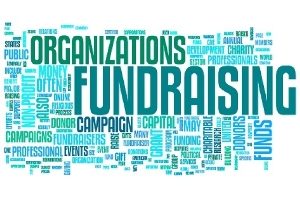 May 22, 2018 – These are challenging days for non-profit organizations. Declining support from government sources, increased demand for their services and competition for donor dollars are just a few of the issues that charitable organizations must overcome to stay afloat each year. So it is that roles like the major gift officer become all the more critical.

Simply put, major gift officers are top-level fundraisers. They identify potential donors, cultivate relationships and, above all, raise much-needed funds from key supporters. For many non-profits, MGOs are, in a word, indispensable. Recruitment firms that can find the right person to do the job are among a non-profit organization’s most valued partners. And for recruiters, the business of finding major gift officers is booming.

Reporting directly to the senior director of individual giving, Mr. Trainor will be an externally facing fundraiser, said the search firm. He is charged with working collaboratively and transparently with the executive team, board members, senior leadership, staff and volunteers to develop relationships with new and existing prospects.

Pine Street was looking for an executive with four to seven years of progressively responsible experience in a successful individual giving program as well as a proven track record in managing individual relationships and securing five-six figure gifts.

Mr. Train checked off all these requirements. Previously, he was development manager with the Habitat for Humanity for Greater Boston. During his time there he built relationships with donors and individuals in the Greater Boston area committed to the Habitat for Humanity mission. He managed all aspects of individual giving including major gifts, online giving, employee giving, family foundations, donor reports, welcoming new supporters, email marketing campaigns and maintaining donor database records. He also worked to build awareness and increase involvement with a portfolio of 120 high-level donors.

The major gift officer will be joining Pine Street Inn at an inflection point in the organization’s 50-year history as it prepares to launch a campaign that will fuel its direction and further solidify its regional and nationally recognized reputation as a trailblazer in ending homelessness, said Development Guild.

Development Guild DDI, with offices in New York and Boston, focuses on the non-profit sector. Founded in 1978, it helps align leadership around a strategic vision with its planning, executive search, and fundraising services. The firm works with clients nationwide, partnering with leaders in academic medicine, higher education, arts and culture, human service and others.

Here is a sampling of a few searches firms that have been tapped to find new major gift officer for organization from the Hunt Scanlon archives:

The American Civil Liberties Union (ACLU) Foundation of Massachusetts has retained Boston-based recruitment firm Lois L. Lindauer Searches to spearhead its hunt for a new major gifts officer. VP Maureen Huminik is leading the assignment. This is an opportunity for a seasoned development professional to join a highly-respected org. where development plays a critical role.