Menu
View our Events
Stay Connected:
Many companies have stalled in their succession planning since the start of the pandemic. Others have taken the crisis as a call-to-action to future-proof their businesses. Despite the challenges of a rocky economic environment and operating constrictions, concludes a new report from Executives Unlimited, emotional intelligence and foresight can help you navigate the process. 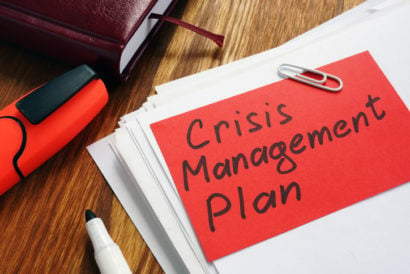 October 23, 2020 – Planning is critical in succession strategy, but it is neither foolproof nor a guarantee that a transfer of power will go smoothly. Succession planning is a process that ensures your next generation of leaders is capable and the transition of power is seamless. It is a journey that every company should take, including both family-owned and privately-owned or public companies. Succession planning can be emotional, even dramatic, as companies struggle to chart the best course for a successful future.

Charting the leadership path ahead requires a good deal of emotional intelligence and foresight on the part of the current leaders, according to a new report from Executives Unlimited. Both requirements are difficult for companies amid the COVID-19 pandemic, noted the study: ‘Make Time for Succession Planning Even in Time of Crisis.’ With unemployment high, job growth has slowed and companies continue to see declining revenues. That makes it hard to judge what the economy will look like in two months, let alone a year or more from now when the current pandemic crisis is likely to end.

“From what we’ve observed, a majority of companies seem to be suffering from ‘paralysis by analysis’ and have stalled the succession plans they were considering pre-COVID,” said the report. “Still, there are those companies that responded to the pandemic as a call-to-action to future-proof their businesses. Despite their concerns about an unpredictable economy and operating environment, executives can and should take steps to move forward. Now is the time to create or revisit a succession planning strategy, regardless of whether your current executive is 45 or 65.”

Generally, many organizations are unprepared for sudden departures. Beyond the internal disruption, they can send a negative message externally to key stakeholders, said the study. A company can mitigate this fallout if it has the right succession plan and well-meaning people carry out its execution.

Executives Unlimited cited In-N-Out Burger, the regional fast-food chain, as an example of a company that has remained successful in spite of tragic losses and sudden transitions: “Harry Snyder founded the famed restaurant chain in 1948 but died of lung cancer in 1976,” said the report. “His youngest son, Rich, took over the business but died suddenly in a plane crash in 1993. Rich had no children, and his older brother, Guy, who struggled with substance abuse, took control of the company, eventually dying from a drug overdose in 1999. To maintain the family’s control, Harry’s wife and family matriarch Esther Snyder took over the company at age 79 while recovering from a broken hip. She led the company until her death in 2006. By that time, her only grandchild, Lynsi Snyder-Ellingson, became the sole heir of In-N-Out. She was elevated to president in 2010 and carries on her family’s legacy and the company’s founding mantra, ‘Quality, Cleanliness and Service.’”

Guided by her strategic acumen, she leads the Executives Unlimited team using her extensive skills to advise companies in qualifying, selecting, and engaging executives. Ms. Tilley Gill specializes in working with entrepreneur founders and family-owned businesses. She possesses expertise in a variety of industries and clients ranging from entrepreneurial middle market companies to PE firms to billion-dollar multinational corporations, publicly and privately held, including non-profits.

“This familial approach to succession has only succeeded with a tremendous amount of resilience and grit,” said the report. “Proactive planning negates the need for unplanned, sometimes emotional, transitions.”

While no two succession plans are exactly alike, there is a basic framework that applies, said Executives Unlimited. It starts with communication and transparency. Executives Unlimited offered two key lessons about those factors, from the firm’s experiences working with major companies:

Who are the decision-makers responsible for identifying and hiring/promoting a new executive? These leaders will be accountable for making decisions about internal vs. external candidates and how they’re evaluated. It’s important that these key decision-makers come to a consensus on the framework of the succession plan prior to engaging with a search firm. It will help to eliminate some of the surprises that can occur during the search and will allow an organization to move quickly when the right candidate comes into view.

“The key decision-makers will ultimately be responsible for assessing a candidate’s performance and potential, measuring their key activities and results, and determining how those factors tie into executive compensation,” said the report. “They should not gamble on past performance as a predictor of future success in a new role and instead use a variety of effective ways to assess potential with relevant, consistent criteria.”

Collectively, key decision-makers must make sure succession planning aligns with business strategy. “They should also be able to clearly articulate the case for taking the time for succession planning now vs. dealing with the consequences of postponing it,” said Executives Unlimited. “They should be able to manage the irrational, political, and emotional dynamics of succession. It’s not for the faint of heart, and clear-headedness comes with experience and emotional intelligence.”

2. Be Open with Employees so You Can Identify Top Talent

Your next resilient leader may already be within the ranks of your company. For instance, GM CEO Mary Barra started on the assembly line, while Wal-Mart CEO Doug McMillon loaded trucks as a teenager at a local distribution center. In terms of “entry-level executives,” IBM cleared a pathway for senior vice president Virginia Rometty to become the company’s first female CEO in 2012. Coca-Cola took a similar approach in 2016 when CEO Muhtar Kent named his successor, James Quincey.

“Each of the aforementioned companies took a ‘pipeline’ approach to development, with the identification and development of talent at all levels of the organization,” said Executives Unlimited. “Talent development has to become part of the corporate culture, and companies should make a serious commitment to their program through time and resources.”

Some Leaders are Creative Forces, Others Excel at Delivering on Big Ideas
To better understand the workings at the top of a business, take a hard look at the differences and similarities between the visionaries and the leaders, says a new report from Executives Unlimited. Sometimes they are one and the same person, but that’s less common than you might think.

In the end, remember that succession planning without investing in development is a useless exercise in futility, said Executives Unlimited. “Unfortunately, companies sometimes underestimate the time and commitment it takes to develop and administer retention programs,” the report said. “Most organizations today are running lean, and that means most employees’ time is spent on day-to-day tactical issues vs. strategy. This puts retention programs in the category of ‘nice to have’ vs. ‘must-have,’ which is a missed opportunity.”

“We already know that companies that have successful employee retention/talent development programs have happier employees and reduce the time and expense of replacing key executives,” said the study.

Companies should also keep in mind that the best businesses spend more time developing candidates than they do creating lists. Succession planning is a process that should be transparent and integrated with performance management, recruitment, selection, development and rewards. “Support from the top is required for these programs to be successful,” said Executives Unlimited. “Leaders need to know that time spent mentoring, setting performance goals, and giving employees cross-functional opportunities are valued.”

“When it comes to succession planning, hiring a trusted third-party advisor is a smart move that can help you objectively identify your team’s strengths and weaknesses,” said the report. “It can also help inform your internal pipeline for candidate development.”