Menu
View our Events
Stay Connected:
Data show that 72 percent of new independent directors are women or men from historically underrepresented racial and ethnic groups, a vast improvement from past years, according to a new report from Spencer Stuart. Let’s take a closer look! 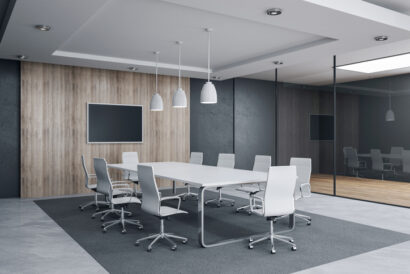 November 3, 2021 – S&P 500 boards appointed 456 new independent directors in the 2021 proxy year, the most since 2004. Of that number, 72 percent were women or men from historically underrepresented racial and ethnic groups, up from 59 percent last year, according to a new study compiled by Spencer Stuart. The 2021 U.S. Spencer Stuart Board Index found that companies are heeding calls from shareholders and other stakeholders for increased boardroom diversity, including gender, age, race/ethnicity and professional background. While a majority of new directors are from historically underrepresented groups, however, changes to overall board composition are happening slowly due to persistently low boardroom turnover. New directors represent only nine percent of all S&P 500 directors, consistent with prior years.

“Boards focused on increasing diversity in 2021, adding more women and directors from historically underrepresented ethnic and racial groups,” said Julie Hembrock Daum, who leads Spencer Stuart’s North American board practice. “Many boards expanded their size in order to achieve greater diversity. The focus on this is likely to continue, but boards can’t always increase in size to bring on needed skills or backgrounds. The most effective boards will embrace a refreshment mindset to ensure they have the right expertise in the boardroom.”

Join Blue Rock Search on November 15th for an interactive webinar supported by Hunt Scanlon Media. The session will focus on ‘Evolving the Conversation Around DE&I’ examining how DE&I is expanding to touch equality, equity, and belonging and why this signals a change in both organizational culture and workforce expectations. Moderated by Ruben Moreno of Blue Rock Search, this is a great opportunity to hear first-hand from some of the key players on the frontlines of transformation. They will share valuable insights into what is happening and how they see the changing attitudes to language about DE&I, and what that means for executive search and beyond.

Blue Rock Search will be joined by panelists:

There will be an opportunity for audience members to ask their questions to panel members. Join the conversation.

Attendance is free. To learn more and register to attend, click here!

The Spencer Stuart Board Index reflects data up until May 13, the most up-to-date analysis available in the market. The top findings include:

This has been a landmark year for increasing racial and ethnic diversity. A record-breaking 47 percent of new independent directors are black/African American, Asian or Hispanic/Latino/a, compared with 22 percent last year and 14 percent a decade ago.

However, Spencer Stuart found that progress is mixed for women. According to this year’s report, women now represent 30 percent of all S&P 500 directors, the most ever. This is an increase from 28 percent last year and 16 percent a decade ago. Yet, the representation of women among new independent directors fell to 43 percent from 47 percent last year.

Boards are also adding more and more non-CEO members. The lion’s share (74 percent) of the incoming class of new board members comes from outside the ranks of CEO, chair/vice chair, president and COO. One-third (33 percent) of new S&P 500 directors are active and retired corporate executives, including functional line and division/subsidiary leaders, compared with 23 percent last year and 21 percent a decade ago.

CEOs Limit Their Additional Board Activity

Sixty percent of S&P 500 CEOs do not serve on a public corporate board in addition to their own board, compared with 58 percent last year and 54 percent 10 years ago.

Board compensation also increased modestly in 2021. The average total pay for non-employee directors of S&P 500 companies (including independent chair compensation) rose one percent to $312,279.

The representation of women in corporate leadership is coming under increasing scrutiny as stakeholders demand a greater degree of commitment to progress on gender equity. In a new report, BoardEx, a leading provider of executive intelligence and relationship mapping solutions, describes 2020 as a year of progress.

Using 26 indices to measure progress at advancing gender equity on the boards of major corporations, the Global Gender Balance Report 2021 second edition found that last year Ireland saw the biggest gain of any of the 26 countries studied, with a 4.7 percentage point increase from 2019. Ireland’s percentage of women on ISEQ-20 boards sits at 31 percent.

More than one-third (35 percent) of the directors appointed in the 2021 proxy year are serving on their first outside public company board, up from 28 percent in 2020. Nearly three-quarters of first-time directors, 74 percent, are actively employed, compared with 44 percent of non-first-time directors. Spencer Stuart also found that four percent are actively employed private company CEOs who are serving on their first public company board.

One-third (33 percent) of new S&P 500 directors are active and retired corporate executives, including functional and other line leaders and division/ subsidiary presidents. Twenty-two percent are active and retired CEOs. In addition, 56 percent of new directors today are actively employed. New independent directors from historically underrepresented groups are more likely to be functional/other line leaders and division/subsidiary presidents than those who are not and much less likely to be CEOs.

“Boards with a refreshment mindset will adopt intentional and ongoing processes for evaluating needed expertise and the contributions of directors, reducing reliance on mechanisms such as mandatory retirement or term limits to encourage turnover,” said Ms. Daum. “This approach also aligns boards with investors, who expect boards to regularly evolve their skill-sets based on the forward-looking strategy.”

Spencer Stuart provides director search and board advisory services. The firm has helped place more than 8,100 directors globally, including more than 1,700 women and 600 minorities. Ms. Daum leads the North American board practice of Spencer Stuart and was a long standing board member. She consults with corporate boards, working with companies of all sizes from the Fortune 10 to pre-IPO companies. She has conducted more than 1,500 board director assignments.