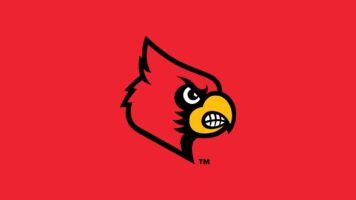 June 16, 2022 – After a national search, Raleigh, NC-based Collegiate Sports Associates (CSA) recently helped the University of Louisville in Kentucky place Josh Heird as its athletic director. Mr. Heird had been serving as interim AD since late last year, after the resignation of Vince Tyra. He had previously been deputy athletic director. In a special meeting last Friday, the University of Louisville Athletic Association’s board of directors and personnel committee approved Mr. Heird’s promotion. His five-year contract will run through June 2027. His base annual salary is expected to be $850,000 plus incentives.

“Josh is our new director because he represents who we are today and who we aspire to be,” said Lori Stewart Gonzalez, Louisville’s interim president. “He has demonstrated time and again that not only is he ready to lead our program – he is ready to elevate it.”

“I want everyone involved with this program to understand this is one of the best jobs in college athletics,” said Mr. Heird. “To say I’m honored and humbled to be up here would be an understatement. We will dream big, and we will never be OK with the status quo.”

The university’s personnel committee had interviewed a number of candidates prior to choosing Mr. Heird, according to ESPN’s website.

CSA was charging $90,000 plus approved expenses for its part in the search, according to a report from the Louisville Courier Journal. The firm’s base fee was $60,000 less than the university paid Korn Ferry for the search that resulted in Mr. Tyra’s interim role being made permanent in 2018, “and it falls in the lower range of proposals obtained by the Courier Journal through an open records request,” said the newspaper

“CSA says its searches have led to the hiring of more than 50 Division I athletic directors, including five Power Five conference positions in the 24 months preceding its proposal to U of L,” said the Louisville Courier Journal. “It has pledged to not conduct another Power Five AD search while working for U of L, and guaranteed it will perform another search for expenses only should a candidate it introduces be either terminated or resign within a year of being hired.”

“We are aware that the university has conducted listening sessions with key constituent groups,” CSA’s proposal said, according to the newspaper. “Using the results of these sessions as a starting point, we will follow up with private conversations with university identified stakeholders to further assess the expectations and opinions about the position. CSA will then develop and submit for university review and approval a required set of skills and competencies for the position.”

Among its previous placements, Collegiate Sports Associates has helped recruit athletic directors for Boston College, the University of Mississippi, the University of Nevada at Las Vegas, Clemson, and Penn State. The firm has placed head football coaches for Miami, Yale, and Boise State, among others. And it has helped to find head basketball coaches for Cal, Kansas State, Fresno State, and Oklahoma.