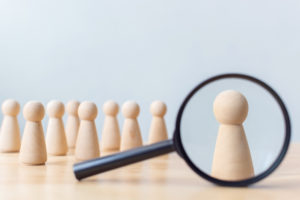 February 19, 2021 – Search firms across the nation are finding library leadership needs rising dramatically. Coleman Lew Canny Bowen recently recruited Marcellus Turner as the new CEO and chief librarian for the Charlotte Mecklenburg Library in North Carolina. Effective April 1, Mr. Turner replaces Lee Keesler, who said last June he would be retiring after nearly a decade in the role. “Marcellus Turner is an exceptional leader whose experience and visionary approach make him the ideal person to lead the development and direction of Charlotte Mecklenburg Library,” said Joe Helweg, chair of the Charlotte Mecklenburg Library board of trustees and head of the search committee. “A respected voice in the national conversation about the future of libraries, Marcellus will be a strategic local leader for our region with his thought leadership on how urban libraries can become more socially conscious and more impactful in helping to solve the challenges facing our communities today.” His accomplished career in governing library systems and his vision for the future of libraries ensures Charlotte Mecklenburg Library will continue to be an engaged, dynamic, and invaluable resource for our entire community, Mr. Helweg noted.

“I had the pleasure of serving on the search committee, which began our nationwide activities last June following Lee’s retirement announcement,” said Jennifer Green, chair of the board of directors at Charlotte Mecklenburg Library Foundation. “The library board of trustees unanimously approved this appointment, and we are excited to welcome Marcellus to Charlotte Mecklenburg Library.” Mr. Turner heads to Charlotte from Seattle and brings over 30 years of library experience, most recently as the Seattle Public Library’s executive director and chief librarian. He spent the last decade managing a system of 27 libraries, staff of 679 and more than 500 volunteers. The Seattle Public Library won the 2020 Gale/Library Journal Library of the Year award. Mr. Turner is also known as an engaging guest university lecturer.

“I am excited about joining Charlotte Mecklenburg Library at such an important time in its growth and role as a community resource,” said Mr. Turner. “There is a tremendous opportunity to better understand and  serve the evolving needs of Charlotte Mecklenburg, and I am committed to ensuring the library supports, enhances and empowers the changing ways our residents live, learn and engage.”

In addition to leading the Charlotte Mecklenburg Library’s essential mission, Mr. Turner will assume responsibilities for several important initiatives at library including:

Charlotte Mecklenburg Library is one of America’s leading urban public libraries, serving metropolitan areas in North Carolina. The library system serves a community of approximately one million citizens in the city of Charlotte and the towns of Matthews, Pineville, Mint Hill, Davidson, Cornelius and Huntersville – all located in Mecklenburg County.