Menu
View our Events
Stay Connected:
The networking group for women leaders plans to use the influx of Series B investment dollars to help boost its community platform that powers the member experience. The company also wants to create more personalization to help strengthen connections between peers, provide relevant business insights, and develop new, next generation products. 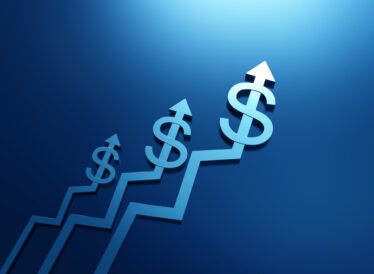 April 5, 2022 – Chief, a private network designed to help more businesswomen rise into positions of power, has raised a $100 million Series B investment led by CapitalG at a valuation of $1.1 billion, joining the ranks of female-founded unicorn start-ups. Previous investors General Catalyst, GGV Capital, Inspired Capital, Primary Venture Partners, Flybridge Capital Partners, and BoxGroup also participated in the round. Laela Sturdy, general partner at CapitalG, will join Chief’s board of directors. “Women have always been powerful, and our goal is to magnify and cross-pollinate that influence so women executives have a global network to support them,” said Carolyn Childers, co-founder and chief executive officer of Chief. “We’re proud to partner with CapitalG and welcome Laela to Chief’s board. Laela exemplifies the power of women as change makers for great businesses and is a champion of the transformative impact women can effect when they are at the helm.”

Launched in 2019, Chief provides women leaders with a vetted community of peers, trusted support system, and business critical insights to strengthen their leadership and magnify their influence. The latest funding comes on the heels of significant growth at Chief. In January, the company expanded nationally. Over the last year, its membership of vice president and C-suite executives has more than doubled, reaching more than 12,000 business leaders while increasing member seniority.

Chief will use the new funding to invest in its community platform that powers the member experience. Building on its existing technology, the company will create more personalization to drive more impactful connections between peers and serve up relevant business insights, as well as develop new, next generation products. As it enters this next phase of growth, the company will also build on its relationships with businesses, educating them on the value of Chief membership to encourage sponsorship. Chief will also continue its focus on diversity, equity, and inclusion in executive leadership by doubling its grant program to support underrepresented executives and committing $1 million annually to non-profits that are aligned with its mission to change the face of leadership.

“It’s our goal at CapitalG to seek out truly generation-defining leaders capable of redefining a sector–leaders precisely like Carolyn and Lindsay,” said Ms. Sturdy, the CapitalG general partner who has also invested in technology leaders like Stripe, UiPath, Webflow, and Duolingo. “Under their leadership, Chief has developed a world-class technology platform to nurture the vital in-person and virtual connections and personal and career development that help executives thrive. I’m thrilled to join Carolyn, Lindsay, and the entire Chief team on their journey to elevate more women to the upper echelons of business success– and help keep them there.”

Women Making Strides in the Workplace

The time has never been better for women to claim their rightful seat at this growing table. Research by Deloitte shows that women are as much as 10 percent more likely to hold roles within the ”emerging C-suite” vs. traditional C-suite roles. Women already tend to spend more of their time doing the work in emergent areas like sustainability, equity, and creating a hybrid work culture; one McKinsey study found that women were in fact twice as likely to spend time on DEI work as their male counterparts, even when it was outside the scope of their normal job responsibilities.

“Building robust pipelines of women leaders is accelerating across the talent space,” said Scott A. Scanlon, founding partner and CEO of Hunt Scanlon Ventures based in Greenwich, Conn., which  facilitated both transactions.

While there is no clear consensus on why women are more likely to occupy emerging C-suite roles than more traditional C-level positions, it is possible that emerging roles are unencumbered by the obstacles that have historically impeded women’s journey to leadership. What’s more, many of these roles—frequently hybrids—tend not to have a set career path, which could result in more avenues to reach them.

Which emerging leadership roles have the highest proportion of women? Deloitte categorized emerging C-suite titles into 10 subtypes based on function. According to its analysis of over 100 large U.S. financial institutions, chief diversity and chief learning officers are more likely to be women, representing 86.7 percent and 61.5 percent of these roles, respectively. Women serving as chief brand (46.4 percent) and chief sustainability (50 percent) officers are nearly or already on par with men. And perhaps more interestingly, over the last decade the share of women as chief innovation (32.4 percent), chief data analytics or chief digital (28.5 percent), and chief strategy (25.2 percent) officers also exceed their average share in traditional C-suite roles, where their representation has historically lagged.

Deloitte notes that some of these results may be due more to a rebranding of roles that have traditionally been held by women, such as diversity and learning roles that may have been formerly housed within broader HR leadership positions. But others, such as those leading innovation, analytics and data, and strategy, are perhaps more “new-to-world” and, thus, do truly represent new leadership opportunities.

Related: The Case for Promoting Women