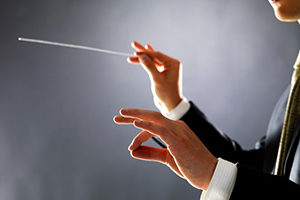 November 27, 2018 – Catherine French Group, a specialist in the performing arts sector, has assisted in the recruitment of longtime symphony leader Mary Tuuk as the new president and CEO of the Grand Rapids Symphony.

“Mary’s record of proven leadership, community connections and love for music make her the perfect person to lead the Grand Rapids Symphony into our 90th season and beyond,” said Chuck Frayer, chair of the symphony board of directors. “We were very fortunate to have a high level of interest in this position from around the nation, but ultimately realized that we had the best possible candidate in Mary.”

On the corporate side, Ms. Tuuk has a leadership track record of over 20 years, including executive and legal roles at Meijer and Fifth Third Bancorp. Prior to joining Meijer in 2015, she worked for Fifth Third (previously Old Kent Financial Corp.) for 19 years in positions of increasing responsibility, including as EVP, chief risk officer during the financial crisis of 2008, and as EVP of corporate services at the time of her departure.

Ms. Tuuk has served on the Grand Rapids Symphony board of directors since 2012, is the current chair-elect and co-chaired the search committee that selected Marcelo Lehninger as music director in 2016. She was also chair of the search for the organization’s next president and CEO. Following a months-long national search, the search committee realized its best candidate was, in fact, Ms. Tuuk. The committee then went on to recruit, interview and unanimously recommend her for the position.

“By naming Mary as its president, the Grand Rapids Symphony is setting a truly inspired course for its future, and I could not be more pleased with the decision,” said Mr. Lehninger. “Mary’s unique leadership abilities and insights in both business and music will ensure our current momentum continues for years to come. I look forward to working with her to create the next great chapter in this orchestra’s story.”

“Mary Tuuk is well-known and highly respected by the musicians of the Grand Rapids Symphony,” said Paul Austin, Grand Rapids Symphony horn player and one of the three musician representatives on the search committee. “Her business and financial background combined with her musical training uniquely qualify her to lead the organization. The musicians couldn’t be happier with this decision.”

Related: Management Consultants for the Arts Lands CEO for Society for the Performing Arts

“The Grand Rapids Symphony has a tremendous legacy of enriching our community with soaring artistic experiences that uplift our souls,” Ms. Tuuk said. She welcomed “this opportunity to convert my lifelong passion for music into a new career working with an outstanding team of musicians, board members, office members, volunteers and donors. Together, we will envision dynamic possibilities and create captivating artistic pinnacles for all that propel the vibrancy of our community and industry.”

Formed in 1998, the Catherine French Group works with symphony orchestras, opera companies, music presenters, festivals, schools of music and other not-for-profit music organizations as they recruit executive leadership, senior management and artistic personnel. Founder Catherine French has been associated with classical music and music management for more than 40 years. Prior to starting the Washington, D.C.-based firm, she spent more than 15 years as CEO of American Symphony Orchestra League (now League of American Orchestras), the national service organization for orchestras.