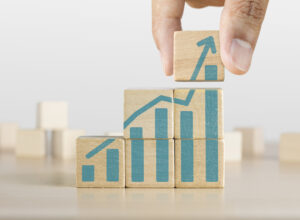 February 14, 2022 – CarterBaldwin Executive Search has named Chris Hornsby as a partner and leader of the firm’s K-12 education practice. Mr. Hornsby joined the firm in 2015 with an expertise in healthcare IT recruitment, but quickly found his “sweet spot” at CarterBaldwin in the non-profit and K-12 education spaces, where he has spent the past six years honing his understanding of the complexities of secondary school administration and gaining a deep appreciation for the nuances of K-12 leadership. During this time, he has developed an extensive network of executive leaders within top non-profit, higher education, and K-12 organizations.

He began his career at a start-up software company, selling to university systems, for-profit training centers, and corporate entities. He helped the company achieve national presence and it was ultimately sold to Kaplan, a worldwide leader in certification and test preparation, assessment, and learning services. Following the acquisition, His role expanded to regional director of sales, where he continued to sell software solutions into the education market.

As a partner, Mr. Hornsby will continue his work growing and strengthening the K-12 education search practice, partnering with clients in the identification and placement of the best talent for their most critical leadership roles.

CarterBaldwin Executive Search has placed Gerson Moreno-Riaño as the 12th president of Cornerstone University, a private, non-denominational Christian institution, in Grand Rapids, MI. Partner Bill Peterson led the assignment. Dr. Moreno-Riaño succeeds Joseph M. Stowell, who retired this spring after 13 years in the role. Cornerstone’s new president previously served for over seven years as executive vice president for academic affairs and chief academic officer at Regent University in Virginia Beach, VA. There, he was also a tenured professor of government.

The selection of Dr. Moreno-Riaño comes after a six-month, nationwide search coordinated by Carter Baldwin. The search produced 70 viable candidates which, after extensive interviews, was narrowed to three individuals, of which the board unanimously chose Dr. Moreno-Riaño.

Ms. McDaniel Smith’s career in executive recruitment began long before joining CarterBaldwin. She served in the White House Office of Presidential Personnel, advising George W. Bush on his appointments to government agencies. She also played a key leadership role in the recruitment and assessment of hundreds of senior individuals as the deputy White House liaison at the U.S. Department of State.