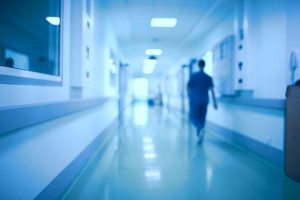 Dr. Roe had been acting president and CEO since 2015 following the death of hospital president Dr. Michel Tétreault. Prior to this role, he had been executive director of clinical programs and chief medical officer at St. Boniface since 2005.

St. Boniface Hospital, a Catholic tertiary healthcare facility affiliated with the University of Manitoba, maintains a campus comprised of more than 180 departments and services. In total, over 4,000 health care professionals & support personnel work at the hospital.

“As acting president and CEO of St. Boniface Hospital, Dr. Roe established himself as a strong leader and true champion of his hospital, its staff and its patients,” said Milton Sussman, president and CEO of the Winnipeg Regional Health Authority. “We share a vision to deliver the best possible care to patients and their families. I look forward to continuing to work with him and St. Boniface Hospital leadership to advance and achieve this vision.”

“My goal is to build on the work we have started as an organization to transform care, and to work with our staff and physicians to create a culture of excellence to better serve those who come to us in need,” said Dr. Roe.

Why Succession Planning Is Such a Business Imperative

The best advice recruiters give when faced with a client in crisis: Be prepared. Russell S. Reynolds Jr., founding chairman of RSR Partners, a leading board and executive search firm based in Greenwich, Conn., said that beyond fiduciary and human resource reasons, it is simply good business sense to “know who your successor is at all times.” Proper corporate governance, he added, warrants that boards and sitting chief executives be “very close on the issue” and have a confidential succession game plan in place at all times. “One has to assume that things can go wrong, and they often do,” he said. “Any good CEO or board chairman worries about this and has a plan.” A good search firm, he added, can of course be a huge help ….. Here’s some further reading from Hunt Scanlon Media.

How Prepared Are Companies When a CEO Suddenly Dies?
Corporate boards of directors should always be in a state of readiness and preparedness for the unexpected, including the sudden loss of a chief executive. The best boards should always have an action plan for times of challenge and crisis, said one recruiter. “It’s our job to help manage CEO succession and risk.”

Caldwell Partners has engaged in thousands of assignments in the not-for-profit and public sector, including for academic institutions, associations, hospitals, government, human services and arts & cultural institutions.

With an extensive background in healthcare and the public service fields, Mr. Parslow is also active in the industrial sector, including specialty areas such as aerospace and aviation where he specializes in CEO and board level search. Prior to joining Caldwell Partners in 2000, he held senior leadership positions – including chief operating officer, vice president and senior executive – for major healthcare organizations and health regions in four Canadian provinces.

Check Out These Related Articles on Leadership Searches for Healthcare Organizations: