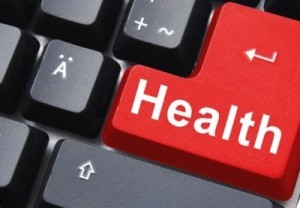 Dr. Badlani was previously the chief health information officer with Intermountain Healthcare located in Salt Lake City. Prior to that, he was chief medical informational officer for University of Chicago Medicine and Biological Sciences.

The CHIO and chief medical information officer (CMIO) positions are relatively new roles within healthcare organizations. The position’s background originally stems from the CMIO role, which was generally made up of well-respected physicians that were hired for IT implementation. The CMIO title became more common in 2002 but its origins date back a decade earlier.

Hospitals and health systems have scrambled to keep up with new technology, patient privacy regulations, and the need to digitize health information, and that led to the CMIO/CHIO role becoming more of a necessity, said Mr. Masson. And with the recent emphasis on value based purchasing and population health, the need for CMIO/CHIO’s has intensified.

In 2008, the Health Information Technology for Economic and Clinical Health Act was established to secure patient health information. “The lead up to, and enactment of, this law has been largely responsible for the tremendous growth and necessity of the CMIO role in hospitals and health systems,” said Mr. Masson. “Since early 2009, CMIO growth has been staggering.”

With this growth have come changes. Initially, CMIO’s reported to the chief information officer, however the trend is now that it reports to the chief medical officer with the idea being the relationship with the CMIO is more in line with the duty of the CHIO.

“This reflects a change in mindset that the CMIO is now an operational/clinical executive and not just an IT executive,” said Mr. Mason. Sixty-five percent of CMIO’s still practice medicine (down from 71 percent in 2005), according to Gartner AMDIS CMIO surveys. Mr. Masson expects this trend will continue, noting that very few large hospital and system level CMIO’s practice medicine.

The CHIO position now requires a physician additional education beyond an MD, typically in bio-medical informatics, which is the study of the science of information as applied to biomedicine. “We look for clinical credibility, excellent communication skills, and an obvious dose of patience,” said Mr. Masson. “Without clinical credibility, physicians will not follow.”

He also noted that strong communication skills and the ability to motivate are required to get physicians to buy into organizational goals.

These positions now hold a major place on senior leadership teams with direct interaction from the enterprise CEO. “The CHIO title is now reflective of the operational and clinical nature of the role and its new position included on the senior leadership team,” said Mr. Masson. “CHIO’s are a driver of quality and safety as opposed to an implementer of technology, which is the old CMIO stigma. The role has evolved from its original focus on technology to strategic physician leadership.”

Mr. Masson is responsible for client development and candidate recruitment for senior level, regional, and system wide positions for Whitman Partners. He has worked in the search industry since 2004, completing a variety of projects, including system level C-suite assignments and senior level executive and director level positions. He has worked with Sutter Health in the past, filling its system chief nursing officer and regional director of oncology services positions. His team’s past search work also includes recruiting the system executive director of perioperative services for Swedish Health and regional administrator of ambulatory surgery post for Northside Hospital.

Check Out These Related Articles on Whitman Partners: