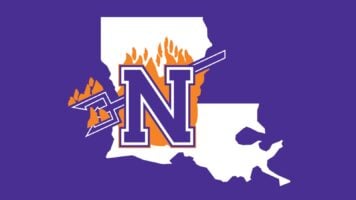 The Northwestern State University athletic teams go by the Demons, with women’s athletic teams generally called the Lady Demons. Once a member of the SIAA conference, the school now competes in the Southland Conference.

Career Development: Identify and cultivate internal talent by closely working individually, and in group settings, with staffs and coaches to accelerate career growth.

“I have grown up around this industry and care deeply for the organizations, institutions and people in it,” said Kyle Bowlsby, founder and principal. “My goal is to return advisory and search back to its intended purpose, which is not self-promotion, but instead working behind the scenes, helping clients build consensus with their stakeholders, design sophisticated strategies and ultimately make the best decisions for their organizations.”

Mr. Bowlsby has solid experience in the professional sports and intercollegiate athletic industry. Previously, he was with Korn Ferry spearheading business development efforts within intercollegiate athletics. Before that, he oversaw business development for SportsDesk Media (now 4FRONT), a data targeting, management and media delivery platform for the sports and entertainment industries.

“The AD today is the CEO of athletic operations at a college,” said John Lahey, current president at Quinnipiac University. “Thirty to 40 years ago, you were more likely to see former coaches and athletes promoted into those roles as a way of rewarding success or longevity, but now you need a business-person who is able to lead people, generate revenue and understand how the marketing and brand of athletics can impact the entire university.”