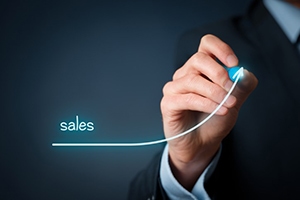 October 12, 2018 – Finding qualified C-suite sales executives continues to be an issue for companies. According to the ManpowerGroup Talent Shortage Report, sales positions have been some of the most difficult to fill in recent years. And it has not been an attractive role to new generations of workers.

Prior to joining Aegion in 2015, Mr. Speights served as SVP of business development and marketing and SVP operations for safety at Transfield Services, a $5 billion Australian publicly-traded infrastructure company. Earlier in his career Mr. Speights worked at Aquilex-HydroChem, advancing from VP of operations to SVP of business development, as well as MPW Industrial Services and Dowell Industrial Service, where he started his career as a field engineer.

Clean Harbors is a provider of environmental, energy and industrial services. Founded in 1980, it operates four businesses: Technical Services; Safety-Kleen; Industrial and Field Services; and Oil, Gas and Lodging Services throughout the U.S., Canada, Mexico and Puerto Rico with revenues in excess of $3 billion. The company serves a diverse customer base, including a majority of the Fortune 500 companies across chemical, energy and manufacturing as well as numerous government agencies.

Currently in its 55th year of business, with offices in Atlanta, New York, New Jersey, Boston and Chicago, Battalia Winston is noted for servicing the senior management talent needs of its clients, from start-up organizations to members of the Fortune 500. Its partners possess deep industry knowledge in one or more of the firm’s eight practice areas: consumer & retail, diversity & inclusion, family business, financial services, healthcare, industrial & manufacturing, life sciences and non-profits & associations.

Mr. Gallagher joined Battalia Winston in 1991 and was promoted to EVP in 1994 and president in 1997. His primary focus has been in recruiting CEOs, presidents, division general managers, CFOs, CIOs, board directors and all C-suite executives for Fortune 500 as well as middle market companies and private equity firms as well as partners, practice leaders and rainmakers for consulting firms. He has consulted for a broad range of industries including: industrial products, insurance/financial services, professional services, technology, business services, consumer goods and healthcare.

Here is an overview of unique officer-level positions being filled by leading recruitment firms from the Hunt Scanlon Media archives:

Executive search firm McCormack+Kristel has been retained by the Los Angeles Homeless Services Authority (LAHSA) to lead in its search for a chief program officer. Managing partner Joseph McCormack and partner Michelle Kristel are leading the assignment. LAHSA is committed to ending homelessness through leadership, advocacy, and management of program funding.

The housing group Win, formerly Women In Need, has been transforming the lives of New York City’s homeless families for more than 30 years. The organization recently enlisted executive recruitment firm Bridge Partners to find a chief program officer. Partner and co-founder Tory Clarke is leading the search along with partner Janet Albert.