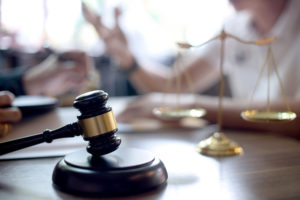 November 3, 2020 – Succession to a general counsel role is a critical accomplishment for many legal professionals. However, little research exists to understand the path to position attainment from those that have achieved the role of general counsel.

A new research report by legal-focused executive search firm BarkerGilmore aims to contribute to this conversation by delving into the path sitting general counsel have taken and the professional development they have received. BarkerGilmore has released its “2020 General Counsel Succession Report.” The data was collected from a random sample of in-house counsel throughout the U.S. via an online survey.

Twenty-seven percent of recruited general counsel learned about their role from an executive recruiter, followed closely by 25 percent that were contacted by a friend or colleague, and 21 percent who were recruited directly by the company. Sixty-five percent of recruited general counsel had previous experience in the same industry as their new role. Of those that did not have experience in their current role’s industry, most work in the industrial and manufacturing (38 percent), technology (23 percent) or consumer (17 percent) sectors. Those with prior industry experience were most likely to work in the healthcare and life sciences (30 percent) sector.

To assist in its search efforts, BarkerGilmore utilizes an advisory board of 12 former general counsel and chief compliance officers. This team, many of whom have served in Fortune 500 companies, is charged with providing advisory and leadership development services, complementing the firm’s core recruiting business. These consultants offer the search firm’s clients access to experience that can help them to optimize their organizations and accelerate profits.

Bob Barker is co-founder and chair of the industrial practice at BarkerGilmore. He brings more than three decades of executive search and international business experience to his clients. Mr. Barker has managed general counsel and chief compliance officer engagements for mid-sized to Fortune 500 companies including those in the industrial, financial, energy, technology, and consumer industries.

John Gilmore is co-founder and managing partner of BarkerGilmore. With over three decades of experience in executive search, he has developed deep relationships with general counsel and C-suite leaders across the country. With an institutional understanding of how in-house legal and compliance departments function most effectively, Mr. Gilmore has, according to clients and colleagues, earned a reputation as one of the top executive search consultants for general counsel and chief compliance officer placement.