Menu
View our Events
Stay Connected:
This morning’s Labor Report shows another 1.48 million American workers filing for unemployment just this past week as news cases of the coronavirus continue to emerge and fears of a second lockdown grow. Let’s take a look inside this morning’s numbers as Dennis Grady of Spire Search Partners weighs in. 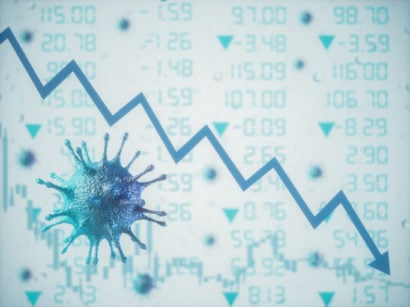 June 25, 2020 – As businesses reopen and COVID-19 cases spike in more than half the U.S., the Labor Department reported this morning that 1.48 million more Americans filed new claims for state unemployment benefits last week, the 14th week in a row that the figure has topped one million. Economists surveyed by Dow Jones had been expecting 1.35 million claims. The latest numbers reflect the continued strain on the economy caused by a pandemic wreaking havoc around the world. About 46.5 million people have now filed for unemployment benefits over the past 14 weeks, representing the biggest jobs loss in U.S. history.

An additional 728,000 filed for benefits from Pandemic Unemployment Assistance, a federally funded emergency program aimed at covering the self-employed, independent contractors and other workers who don’t qualify for traditional unemployment insurance.

“The renewed outbreak will hinder the recovery,” Carl Tannenbaum, chief economist at Northern Trust in Chicago, told The New York Times. “It’s going to be a long haul to get back to where we were before the pandemic.”

In May, employers added 2.5 million jobs, and the nation’s unemployment rate fell from 14.7 percent to 13.3 percent. But experts warn that the economy and job market may struggle to sustain their recent gains amid the surge in new viral infections in southern and western states, which could cause a new round of business shutdowns.

“COVID-19 has clearly had an outsized impact on portfolio companies across several industries; leadership of those firms are truly being put to the test,” said Dennis Grady, director at Spire Search Partners. “The skill set that took portcos to where they were in early 2020 is likely not the skill set required to make it through a pandemic market shock and in many cases won’t be what is required in a post COVID-19 world. How they navigate and adapt to this new landscape will determine how PE firms direct portco leadership. Current leadership will have to adapt and thrive, or be replaced.”

“We expect 2020 to bring an increase in demand from both operating teams and portcos for turnaround/distressed oriented skill sets either from specialized consulting firms or from distressed investors,” Mr. Grady said. “This will be governed by the extent to which investment professionals shift into operating mode. We also expect to see requirements for strategy and business ops leadership as firms conceive of and execute on plans to adapt and capitalize on the new state of the world.”

As states reopen their economies, cases and hospitalization figures are back on the rise. As of Thursday morning, there were more than 9.4 million cases and 483,000 COVID-19 deaths around the world, according to Johns Hopkins University data. The U.S. had 2.3 million cases and 121,000 deaths. The U.S. death toll is now expected to top 150,000 by July 18.