Menu
View our Events
Stay Connected:
Although businesses across the U.S. continue to reopen, this morning’s Labor Report shows another weekly spike in jobless claims. Against that backdrop, The Federal Reserve warns that the economic impact of the pandemic could last for years, yet Manpower sees a burst in hiring coming later this year. Executive search experts from Chapel Hill Solutions, KEES, Spectacle Talent Partners, and IQTalent Partners weigh in and help sort it all out! 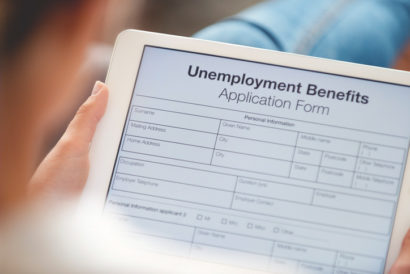 June 11, 2020 – Despite the U.S. adding a record amount of jobs last month, the Labor Department reported this morning that 1.5 million more Americans filed new claims for state unemployment benefits last week. Economists surveyed by Bloomberg expected the Labor Department to report 1.6 million initial claims. The latest numbers reflect the persistent strain on the economy caused by a pandemic wreaking havoc around the world. About 43.5 million people have now filed for unemployment benefits over the past 12 weeks, representing the biggest jobs loss in U.S. history.

The Labor Department said last week that the economy added 2.5 million net jobs in May, showing that a number of unemployed workers were rehired as businesses reopened and this outpaced the number of layoffs.

But Jerome H. Powell, the Federal Reserve chairman, warned on Wednesday that the economic pain could last for years and that there would be “a significant chunk” — millions of workers — “who don’t get to go back to their old job, and there may not be a job in that industry for them for some time.”

The Federal Reserve left interest rates unchanged and near zero on Wednesday as the central bank projected a slow economic recovery from the pandemic-induced recession. In their first economic projections this year, Fed officials indicated that they expected the unemployment rate to end 2020 at 9.3 percent and remain elevated for years, coming in at 5.5 percent in 2022.

“Nearly 20 million jobs have been lost on net since February,” said Mr. Powell, at a news conference following the release of the forecast. He noted that the figure probably understates the extent of unemployment. “The downturn has not fallen equally on all Americans.”

The new forecasts predict a much slower path back to economic strength than the Trump administration — and perhaps the stock market — seems to expect as the economy climbs out of a virus-spurred downturn. The Fed skipped its quarterly economic summary in March as the pandemic gripped the U.S., as business activity came to a near standstill. “The projections highlight what a long slog the recovery will be,” Steven Friedman, senior macroeconomist at MacKay Shields, said in a note.

“From our perspective, the pandemic has caused many shifts in strategy and executive planning at healthcare facilities,” said Jeff Rives, chairman and CEO of executive search firm Chapel Hill Solutions. “We find executives at hospitals under enormous pressure with forecasting budgets and census.”

“Now more than ever, it is important that we serve our clients with sober and helpful advice to hire the right executives who can navigate these stressful times,” Mr. Rives said. “We have been very successful at creating customized executive search solutions during past recessions, and we desire to be a true partner to navigate through this process together.”

“Just this week, the first week that Payment Protection Program (PPP) loans are beginning to hit the original eight-week period for payback forgiveness, we are hearing of and discussing furloughs, layoffs, and terminations with client partners,” said Heather Eddy, president and CEO of executive search and non-profit consulting firm KEES (Kistner Eddy Executive Services). “Whether you are a team of 500 or 50, losing 50 to 75 percent of your staff can have devastating effects, both in terms of work and output and emotional and cultural impact for the surviving team. It is not easy, and unfortunately, we are just seeing the next wave  beginning this process. It’s going to get worse, before it gets better.”

Many small and medium sized businesses will likely cease to exist, especially those that were already fragile coming into 2020, she said. “Revenue streams, and philanthropy, in particular, will slow down and diminish by Q4. Hiring has slowed down and even though states have begun to open up, not everyone will immediately jump on the hiring bandwagon. And for those organizations that do hire, many will offer salaries that are lower than what would have been offered just a short while ago. This will be the new reality.”

And while healthy and larger organizations will continue to grow and add people, she said, “the overall environment for executive search firms will get more competitive, with search firms competing for a smaller pool of business,” Ms. Eddy noted. “Search firms will need to be nimble, embrace technology in an even more robust way, ensure placements keep tenures for a period of time, and ride the wave of what will likely be a tumultuous 36 to 48 months ahead.”

Some reports show far more positive visibility ahead. While U.S. employers are expecting a significant decline in hiring intentions for the third quarter of 2020, according to the latest “Employment Outlook Survey,” released by ManpowerGroup, hiring plans are expected to return to pre-COVID-19 levels perhaps as early as December, if not sooner.

“The past weeks and months have seen the labor market transform overnight, with many industries halting hiring instantly, while others including healthcare, e-commerce and logistics saw immediate growth,” said Becky Frankiewicz, president of ManpowerGroup North America. “These numbers reveal the depth of the impact this crisis has had on hiring intentions across our country, yet we are beginning to see very early signs for cautious optimism.” But, with caution, she added: “It is encouraging to see so many employers predict a return to pre-pandemic hiring – though we must remember any signs of recovery are fragile.”

“As jobs begin to reopen, I don’t think companies can afford to take a business as usual approach to talent acquisition,” said Susan Gygax, founder of Spectacle Talent Partners, which offers services and solutions for in-house talent acquisition teams. “Over the past several years, we have seen the impact that social content and social awareness has on a company’s reputation. That reputation is paramount when it comes to attracting top-notch candidates.” Recently, she added, people have demanded more social action and that includes fiscal initiatives and changes in hiring practices.

“Companies that want to be considered an employer of choice will need to develop an internal talent acquisition team who can promote their diversity initiatives, create more transparent hiring processes, and consistently demonstrate in their communication and interview skills that they prioritize fairness and equality,” Ms. Gygax said.

“As the state and local restrictions are relaxed, we’ll continue to see more companies get comfortable with restarting their hiring,” said Chris Murdock, co-founder and chief sourcing officer of IQTalent Partners. “We have already seen this in the last few weeks with new and existing clients looking for candidates to fill open roles. The 2020 headcounts ultimately may be revised downward, but I am optimistic that we’ll continue to see recruiting efforts for mission critical roles get kicked off or restarted over the next few months.”