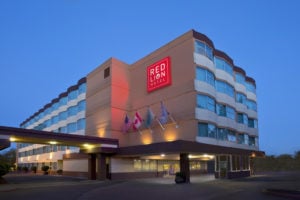 January 14, 2020 – After taking a massive hit during the Great Recession, employment and hiring within the hotel and hospitality industry has begun to rebound. In the last year, according to one set of survey metrics, the industry added 527,000 jobs (2.6 million since 2004). That number is expected to increase in 2020, as global tourism and traveling in general are expected to rise. As such, the travel and hospitality market is estimated to generate an annual economic impact of $6.5 trillion worldwide this year. In the U.S. alone, the $1.5 trillion industry accounts for nearly eight million jobs, more than five percent of total jobs across the country.

Recently, hospitality advisory and executive search firm AETHOS Consulting Group was selected by Red Lion Hotels Corp. to lead its search for a new CEO. Greg Mount stepped down from the company’s top role in November. RLH’s board has appointed a search committee. Frederic Brace, an independent director on the company’s board, has been appointed the committee chair.

The news of Mr. Mount stepping down came the same day the company released its third quarter results, which showed adjusted earnings before interest, tax, depreciation and amortization of $5.9 million. The company attributed this to the underperformance of its remaining owned hotels and the core franchise business as well as the additional expenses due to increases in bad debt and collection costs.

“The board recognizes the operational performance of the company has not progressed as anticipated,” said Bob Wolfe, chairman of the board. “Action was necessary, starting with a search for a new CEO. As the company transitions to new leadership at the CEO position, it will be important to have close collaboration between the CEO and board chair to achieve RLHC’s vision.”

Identifying a Leader to Drive Growth

“The board is committed to creating shareholder value,” Mr. Wolfe said. “To that end, the company is focused on delivering superior value and service to our franchisees to stem the pace of terminations, restructuring franchise sales efforts to accelerate franchise growth, and right-sizing the cost structure of the business to reflect RLH’s current size, revenue and profitability requirements. This effort will take time and will require the right leadership to navigate the challenges and the opportunities that lie ahead,” he says. “We are committed to identifying and hiring a leader to lead Red Lion and enable it to realize its potential for long-term profitable growth.”

AETHOS Consulting Group is a human capital advisory firm focused on the hospitality sector, specializing in executive search, compensation consulting, performance management, culture creation and organizational effectiveness. The firm is based in Boulder, CO, with offices in New York, London, Melbourne, Philadelphia and Dallas. Keith Kefgen serves as managing director and CEO of the firm.