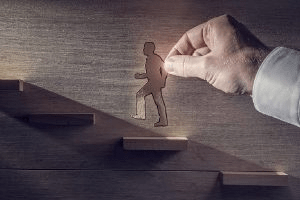 The two hires are the latest in a series of nine searches that Acertitude has conducted for Borden since June. When CEO Tony Sarsam took the helm of the $1.2 billion dairy processer and distributor in March, he implemented an aggressive growth and innovation roadmap and began building the team to take it to the next level.

Under Mr. Sarsam’s leadership, Borden has showed a renewed focus and investment in innovation and product development. “This company has been in a deep sleep for probably a quarter of a century,” he recently told the Dallas Business Journal.

As chief sales officer, Mr. Musgrove is charged with leading the next generation sales function. He brings more than 27 years of experience in sales and the food industry, joining Borden from PepsiCo, where he most recently served as senior vice president of sales for Frito-Lay.

“Craig is an inspiring sales executive who drives remarkable results,” said Mr. Sarsam. “Borden will benefit greatly from his sales, customer service, and leadership experience. I am proud of the top talent we have been able to recruit to our executive team as we prepare to lead Borden through its next phase of growth and innovation.”

Mr. Musgrove said he was honored to join the legacy brand. “Borden is on the brink of an incredible rejuvenation that I am very excited to be a part of,” he said.

As chief information officer, Mr. Lodh is expected to provide the vision, strategy and tactics to transform and upgrade the company’s technology agenda. He has over 27 years of experience in IT, joining Borden from Snyder’s-Lance Inc., one of the largest snack makers in the U.S. There, he served as vice president of enterprise applications.

Artificial Intelligence Ushers in a New Day for Companies and Recruiters
In the following interview, Rick DeRose, co-founder and managing partner of executive search firm Acertitude, shares the analytics and big data trends affecting the business world, search industry, and his firm, now and into the future.

“Satyaki is a dynamic IT leader with a long-standing record of improving business performance and customer satisfaction through technology,” said Mr. Sarsam. “His experience in the CPG industry, with direct store delivery in particular, will be a major asset to Borden as technology plays an increasingly strategic role in our company.”

Mr. Lodh said he has high expectations for his new role. “I am honored to join such a beloved and respected heritage brand,” he said. “I look forward to contributing to Borden’s new era of innovation and growth.”

Acertitude’s project teams identified, vetted and attracted Mr. Musgrove in 85 days and Mr. Lodh in 122 days. “We are thrilled to continue serving Tony and ACON Investments by building the Borden leadership team in such a profound way,” said O’Neill. “With Craig and Satyaki onboard, Borden is well positioned to further its massive transformation and rejuvenation.”

With more than 25 years’ experience in global talent consulting, Mr. O’Neill has conducted over 500 senior executive and C-level searches in the consumer, industrial and private equity sectors. He also leads and manages the O’Neill Consulting Group, which he founded in 1996. Mr. O’Neill spent his early career with a large search firm in Philadelphia, following client management roles with investment banks Merrill Lynch and Kidder, Peabody & Co.

Check Out These Related Articles On Search Firms Filling Multiple Roles For Clients: