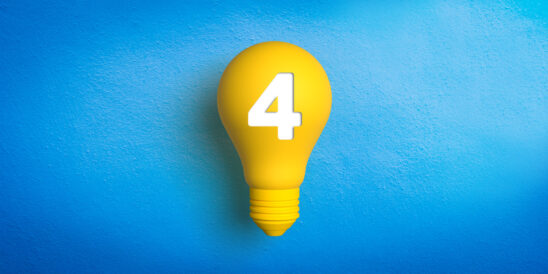 April 27, 2022 – Everyone knows that diversity and inclusivity are positives in the workplace. Creating a culture where individuals feel valued and respected is crucial to creating an accepting environment. Still, the impact that a culture of DEI plays on your company goes far beyond simply making your team feel welcome, according to a report from IQTalent Partners – an on-demand talent acquisition solutions provider now part of search firm Caldwell. “There are countless benefits that organizations will see when they embrace and implement measures to promote DEI in their work culture,” said Chris Murdock, chief sourcing officer and co-founder of IQTalent Partners. “From increasing your profit margins to enhancing the engagement and productivity of your existing employees, DEI has a strong role to play when it comes to the world of business in 2022 and beyond.”

Mr. Murdock offers four key benefits that organizations will see when creating a strong culture of DEI at their workplace:

“Something that is consistent among companies with an excellent reputation for upholding DEI measures is listening to their employees’ questions, concerns, and comments,” said Mr. Murdock. “Today’s employees are interested and concerned about more than just their salary, causing many employees to rethink their company culture.”

According to research, having a highly diverse culture and a highly engaged workplace culture go hand-in-hand. Part of that level of engagement stems from having a job they care about with an employer who cares about making a difference. That difference involves creating a more welcoming and diverse culture that supports all kinds of individuals.

When employees feel welcomed, respected, and valued, they are more likely to stay within their role for a longer period of time, according to Mr. Murdock. “Having a strong culture of diversity in your organization can help minority populations overcome many of the barriers they feel each day,” he said. “Not only do minority populations have higher rates of unemployment compared to their white colleagues, but these individuals often face a harder path towards career advancement.”

Currently, there are only four black CEOs of Fortune 500 companies. Despite the fact that black working professionals make up around 12 percent of the total working population, there is a clear lack of diversity at the executive level.

“When an organization doesn’t provide opportunities for individuals to advance in their careers and climb the ladder, those employees are likely to feel unsupported, prompting them to look elsewhere for employment,” said Mr. Murdock. “Therefore, it’s crucial that your company prioritizes creating a culture of DEI so that employees will want to stick around for a long time.”

The impact that having a strong culture of DEI has on your organization goes far beyond simply attracting the best talent, according to Mr. Murdock. “When companies embrace true DEI, they often see big leaps in their revenue streams and profit margin.”

Chris Murdock is a veteran of the recruiting and talent acquisition industry with 20 years of experience spanning across multiple industries. He founded IQTalent Partners in 2009 and now leads search execution and client relationships for the firm. Prior to establishing IQTalent, Mr. Murdock worked with Yahoo!’s internal executive recruiting team, gaining in-depth experience across the technology recruiting sphere. He began his career working for Heidrick & Struggles and TMP Worldwide.

Companies with diverse leadership and executive teams can see their profits increase by up to 33 percent. “Having a diversity of thought, background, and opinions helps drive change within your organization,” Mr. Murdock said. “These diverse leadership teams collaborate better, have higher rates of innovation, and even have been known to make better decisions. Diversity in gender also impacts your bottom line. In companies with a high level of gender diversity in leadership positions, profit margins have been seen to increase by 21 percent. The bottom line is that diversity in your workplace helps you to find opportunities to create more efficient processes and opens your mind to the unique ideas of others.” 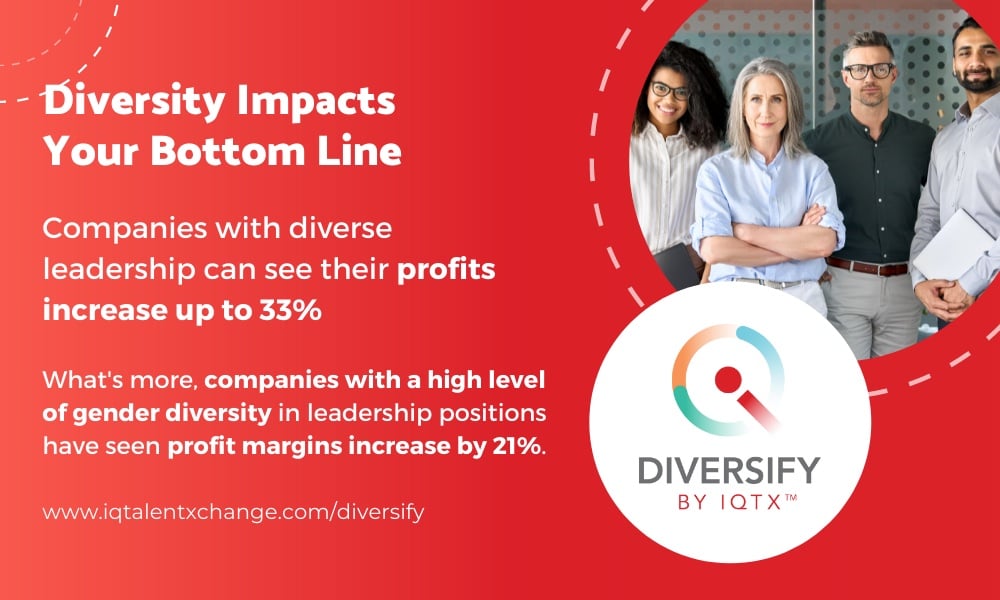 4. A Better Ability To Hire

Today’s job seekers are in more control of the hiring process than ever before. It’s a candidate-driven market, meaning that top talent is being sought after by multiple companies, making it challenging for you to attract and land that best candidate, according to Mr. Murdock. “Recruiters and employers need to focus on what aspects of the hiring process they can control to help create a more attractive and successful hiring strategy,” he said. “One thing that stands out to many candidates on the market is a strong employer brand committed to DEI.”

Seventy-eight percent of people believe that DEI offers a competitive advantage. On top of this, 80 percent of surveyed job seekers say that a commitment to DEI is vital when choosing between employers. “Modern job seekers want to work for a socially responsible company committed to making a positive change in the world around them,” said Mr. Murdock. “By focusing on fostering a strong culture of diversity and inclusion and broadcasting your efforts as part of your employer brand, chances are you’ll attract and score more top talent than before.”

The focus on DEI is here to stay. “Beyond recruiting,  companies need to focus on creating a culture of DEI for many additional reasons:  build out better processes, collaborate more effectively, and elevate more voices from minority populations to leadership roles,” said Mr. Murdock. “And when it comes to recruiting, companies need to find measures to weave a culture of DEI into their workplace to better compete for top talent on the market and more effectively retain their existing talent.”

Nashville, TN-based IQTalent Partners is a talent acquisition and executive search firm offering consulting, candidate sourcing, candidate research and full cycle recruiting. It uses an on-demand business model in which the firm augments the client’s in-house talent acquisition team in a partnership without commissions or long-term contracts. Founded in 2009, IQTalent Partners’ mission is “to find a better, more cost-effective, and efficient way for organizations and candidates to find a match.” The firm has partnered with more than 300 corporations from Fortune 500s to start-ups.

Related: What to Ask Yourself When Making a Diversity Hire