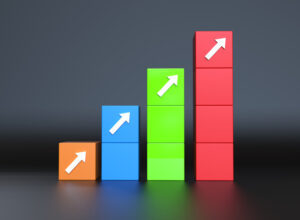 March 25, 2022 – Denver-based executive search firm Z3Talent has expanded with the addition of Bennie Fowler as senior vice president of business development. Mr. Fowler has played wide receiver for a number of NFL teams, including the Denver Broncos in their 2015-16 championship season. “We’re excited about adding a talent like Bennie to our team,” said Steve Ziegler, founder of Z3Talent. “Bennie has shown as incredible commitment to leadership and has a growing network of executives he’ll be able to introduce Z3Talent into. We feel fortunate to have him.”

Mr. Fowler brings over 13 years of experience working with high-performing teams and individuals. As an executive leadership coach, certiﬁed through the Co-Active Training Institute, he has completed over 300 hours of coaching using his “MVP” leadership method framework (mindset/vision/performance). The framework and tools used, including the quantum endeavors coaching model, have a 100 percent client-company re-engagement rate and a 100 percent client assessed growth rate, according to Z3Talent.

Mr. Fowler founded Infinite Potential LTD, an executive leadership and coaching group that supports entrepreneurs, business leaders, and organizations to leverage strategy, purpose, and teamwork.  He is a seven-year veteran of the National Football League and began his career as an undrafted free agent signed by the Denver Broncos in 2014. Mr. Fowler may be best remembered for having hauled in the ﬁnal pass of Hall of Famer Peyton Manning, a two-point conversion at the end of Super Bowl 50.

“I’m excited to join Z3Talent as I believe in the importance of people being in the right role at the right company,” said Mr. Fowler. “It is only then when people can truly thrive and impact the business. Z3 has an incredible track record of exceptional outcomes in executive search and I’m excited to be a part of the team.”

Z3Talent is a retained executive search firm for entrepreneurs, family-owned businesses, and private equity-backed companies. Mr. Ziegler founded the firm in 2014 as a small boutique firm leveraging his 18 years as an entrepreneur and executive in the human capital industry. Throughout his career, he has placed nearly 1,000 professionals spanning most industries and functions, however, his passion is partnering with entrepreneurs and investors in identifying hard to find executives for their companies.

Z3Talent recently added Scott Woodrow to the team as a professional writer. “Scott brings a unique voice to our firm,” said Mr. Ziegler. “We are excited to have him partner with us and help us continue to produce the quality content our clients have come to expect.”