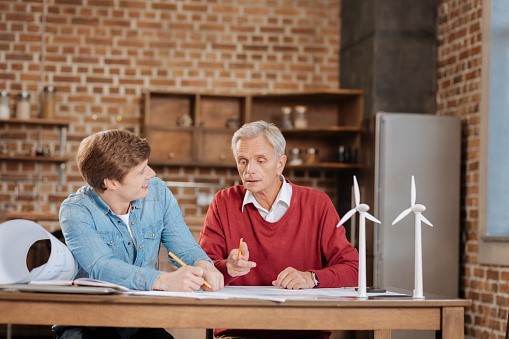 July 10, 2018 – Eighty-six percent of global workers surveyed prefer working in a multi-generational team environment, according to the newly-released Q2 Randstad Workmonitor study. Age-diverse organizations allow them to come up with more innovative ideas and creative solutions, they said.

Collaboration between generations is considered mutually beneficial at their company, said 85 percent of the participants. With regard to communication, 80 percent said that the main difference with working in a multi-generational workplace is the communication styles. Thirty-one percent said they find it difficult to communicate with coworkers who are from a different age group or generation.

The study, which encompasses Europe, Asia Pacific and the Americas, was conducted online among employees aged 18 to 65, working a minimum of 24 hours a week in a paid job (not self-employed).

Eighty-five percent of the respondents said that they work in a multi-generational team, defined as having 10 to 15 years difference in age. Because of the age diversity, they said, they are better able to come up with innovative ideas and solutions.

Although the economy has vastly improved, older workers are still hitting the brakes on their retirement plans. According to a CareerBuilder survey, 53 percent of workers aged 60 and over say they are postponing retirement, with 57 percent of men putting their golf game on hold compared to 48 percent of women.

In regard to connections on social media such as Facebook or Instagram, global respondents are more frequently connected with their colleagues (61 percent) than with their direct manager (35 percent), said the study. Respondents in India had the highest connection rate with their colleagues (86 percent) while Japanese workers had the lowest (19 percent). When looking at the connection rate with their direct manager India again scored highest with 67 percent and Japan lowest with only 10 percent.

Men ages 18 to 24 are more often connected to their direct manager (47 percent) than their female counterparts (38 percent), said Randstad.

The number of employees worldwide that said they expect to work for a different employer in the coming six months slightly increased, resulting in a Mobility Index of 110. Mobility increased most in Turkey (+9), Poland (+7), the U.S. (+5), Brazil and Italy (both +4). Mobility decreased most in France and Czech Republic (both -5), Sweden and China (both -4). Singapore and the UK showed no shift in mobility.

An Appetite for Change

Job change appetite, meaning the desire to change jobs, increased in Australia, Mexico, Poland, Portugal, Spain, Sweden, the Netherlands, the UK and the U.S. compared to last quarter, said Randstad. Italy was the only country in which the job change appetite decreased. The appetite to change jobs remained highest in India (42 percent) and lowest in Turkey (16 percent).

aby Boomers, Millennials and the Value of Mentorship
Millennials have surpassed Baby Boomers in the U.S. as the largest living generation, according to population estimates released by the U.S. Census Bureau. Defined as those born roughly between 1983 and 2000, Millennials are poised to make up a majority of the global workforce by 2020.

The Workmonitor’s Mobility Index, which tracks employee confidence and captures the likelihood of an employee changing jobs within the next six months, provides a comprehensive understanding of sentiments and trends in the job market. Besides mobility, the survey addresses employee satisfaction and personal motivation as well as a rotating set of themed questions.