Stay Connected:
Recent progress in increasing gender diversity on corporate boards and leadership teams has been steady but unspectacular as well as far from uniform across countries. In a recent report, Global Gender Diversity 2022, BoardEx explores this progress in gender diversity through an in-depth look at the current representation of women in boardrooms and executive suites across the globe. 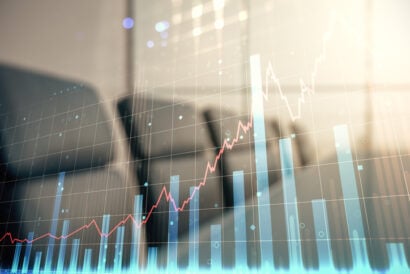 August 9, 2022 – While economic uncertainty remains a key theme in 2022, advancing gender equity remains a prominent corporate topic. Many studies have shown that companies with more diverse boards and leadership teams benefit from a wider range of experience, skills, and perspectives, and perform better. It only makes sense that stakeholders are increasing the pressure on leading publicly traded companies to increase the share of women in senior roles. BoardEx Global Gender Diversity 2022 offers a unique snapshot of the current female representation in executive leadership positions, making it an essential read for corporations, recruitment firms, and other organizations looking to further redress the current gender imbalance and advance talented female leaders.

Female representation in the boardrooms and executive suites of large, quoted companies remains low and needs to increase, according to the BoardEx data from 1,677 major publicly traded companies across 20 countries around the world as of the first quarter of 2022.

At 19.2 percent, female participation in corporate leadership teams across the world’s major equity indices is even lower than on boards, said BoardEx. The statistic reflects the continued underrepresentation of women in top corporate management positions as only five percent of CEOs are women. The report suggests that gender diversity at the top makes a difference on the makeup of the company as a whole.

U.S.-listed Organon had the highest proportion of female board members across the 20 indices in the first quarter of 2022 at 69 percent, while Singapore-listed CapitaLand Integrated Commercial Trust topped the leadership team rankings with women accounting for 75 percent of its leadership team.

In terms of female board member representation, three Swedish corporations – Kinnevik, Handelsbanken, and Tele2 – made the list of the top 24, highlighting the country’s favorable position on representation. A leading proportion of the top 24 companies operate in the financial services sector, but media and entertainment also makes a notable appearance. In general, however, corporations in the rankings are drawn from a wide range of sectors, including pharmaceuticals, biotechnology, real estate, and retail.

In a new report, Russell Reynolds Associates examines the steps that countries are taking to encourage or mandate improved gender diversity in the boardroom. Among the countries observed: Japan, the U.S., Hong Kong, Australia, Brazil, and Germany. And in a fresh, new episode of “Talent Talks,” Georgina Pawley, partner EMEA at Beecher Reagan, discusses changes in diversity recruiting caused by COVID-19.

Software and computer services companies accounted for four of the top 20 firms in relation to female representation on leadership teams. There was, however, a wider range of sectors represented among the female leadership team rankings as compared to the board rankings. Real estate and financial services firms were notably present, but so were firms in general retail and basic materials.

Gender Diversity in the Boardroom

Female representation on leading corporate boards was greater than it was a decade ago, the report said, but gender diversity in the boardroom varied widely between countries.

At 44 percent among its 40 listed companies, France had comfortably the highest share of female board members in the first quarter of 2022, ahead of Italy and the U.K. with just under 40 percent. Boards in Sweden, Australia, and the Netherlands also had more than 35 percent female representation. In general, the share of female board members was higher in Europe and North America and lower in Asia and other emerging markets, although South Africa was comfortably above the global average at 34 percent.

On average, female board representation was greater in countries with mandated or voluntary quotas for women on boards. Across the 11 countries included in the report that have such quotas, women accounted for 32 percent of board members, compared with an average of 24 percent in the nine countries with no such requirements.

“The figures suggest that mandating female representation on boards can help improve gender balance. Yet the reality beneath is more complex,” the report said. “Changes in corporate culture and legislation have a role to play here, and their combination will be unique to each country.”

Over time, female representation on boards has increased slowly, said BoardEx. The share of female board members at leading quoted companies increased in almost all 20 countries between 2020 and the first quarter of 2022, with Singapore and South Africa posting the largest increases.

Despite some progress in recent years, the share of women in leadership teams in Q1 2022 was still low. This raises the worrying question of how high-potential female managers will gain enough senior executive and leadership experience to become future CEOs or board members, said BoardEx.

Only Australia, Sweden, Ireland, and Singapore had more than 26 percent female representation in their leadership teams. Almost 26 percent of such positions at S&P 500 companies in the U.S. were held by women, slightly more than at FTSE 100 firms in the U.K.

When it comes to female CEOs, women accounted for just five percent of the highest-ranked individuals across the corporations surveyed. At a low 6.8 percent, the proportion of female CEOs of corporations in the S&P 500 was only slightly higher than the global average. Where female and male S&P 500 CEOs did show similarities was in their ages, 57 and 59, respectively — and in the number of public boards they sat on, between one and two) and the average number of years spent at their corporation before becoming CEO, which was around 11.5 years.