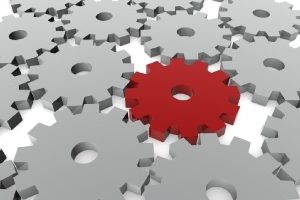 “Community Fibre required a commercially astute executive who could drive the major scale-up of the business but, more so, it required a people leader who could bridge the gap between shareholders-board-staff,” said Mr. Siddiki. “Such a need was very complementary to Graeme’s extensive experience within the mobile communications industry where he has worked with extremely complex international businesses over the years.”

Mr. Oxby’s previous experience includes serving as CEO of Lebara Group during which time he modernized and restructured the business. As managing director of Liberty Global’s mobile operations, he launched five new quad-play MVNOs across Europe and as managing director of Virgin Mobile he was responsible for building that business’s market leading quad-play position in the U.K. Mr. Oxby launched the 3/Three U.K. brand as marketing director and held senior marketing positions at Orange.

“When Graeme was the managing director of Virgin Mobile, he was reporting to a board with a very strong appetite for growth and acquisition,” Mr. Siddiki said. “During his time there, Graeme grew revenues times five, reinvigorated his staff of 1,800 individuals and re-positioned Virgin Media as the U.K.’s leading quad-play brand.”

“Post-acquisition, Graeme moved into the group as managing director, where he was responsible for European operations,” he said. “In his time there, he launched mobile businesses into multiple new countries enabling significant revenue growth, while creating a highly engaged European team (over 90 percent engagement score). By way of his success, Graeme was appointed as the group CEO of Lebara, a leading international MVNO after it had been acquired by a Swiss family office – Palmarium AG.”

Chris Sellers, chair of the Community Fibre board, said Mr. Oxby joins the company at a point when the business has a solid foundation and is ready to achieve scale. “As the world of fibre converges into other areas, his proven track record as a mobile and telecoms leader will bring exactly the experience Community Fibre needs to expand into new areas,” said Mr. Sellers.

“What was clear from the kick off of the search was the need to identify a hybrid executive who had an entrepreneurial vision, but also one who could grow a business – people, brand, revenue and investment within a highly visible/competitive market. Not an easy task,” said Mr. Siddiki. “The shortlisted individuals presented by Wilton & Bain all went through a seamless process and to the final stage where they had met with key stakeholders (PE investors, non-execs and board). The decision was a tough one to make and not a decision based on candidate capabilities as CEO (results came out even).”

Fast forward 18 years and behold a new picture: Wilton & Bain is making big gains in London and even more in the U.S., where it is in full growth and expansion mode. The firm has already planted its flag in New York (the new office opened last summer) and San Francisco (where it has had a presence since 2014). In October, Wilton & Bain will launch a three-person office in Boston, with more big plans on the horizon.

Community Fibre chose to appoint Mr. Oxby whose experience, they felt, was a better fit for their scale-up challenges ahead, Mr. Siddiki said. “A few of the key challenges will include: change, transformation, market penetration, and organic growth, all within an exciting and highly visible market which will change the lives of millions, as the U.K. moves deeper into the gigabit society,” he said.

Community Fibre says it is on a mission to bring world-class internet services to Londoners. While a large proportion of the city has some of the poorest and slowest broadband services in Europe, the company says it is working to make London a Gigafast city. Headquartered in London, Community Fibre has raised £90 million in investments over the last three years and is on track to pass 500,000 homes.

Founded in 2001, Wilton & Bain provides executive search, interim management/consulting and technology resourcing services to the technology, professional services and converging digital markets. With offices in London, San Francisco, New York and Frankfurt, the firm has an expertise in technology to focus on digital transformation for clients across TMT, retail, consumer, financial services, insurance and utilities.