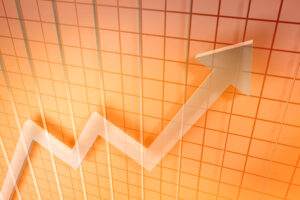 July 12, 2021 – London-based executive search firm Wilton & Bain has named John Farish as an advisor to its U.S. business. “John will work closely with our U.S. team, our partner group and alongside the board to continue our growth in the U.S.,” the search firm said. “John is a veteran of the industry – executive search has been in his family for many years,” said David Heron, CEO of Wilton & Bain. “His reputation as a person and a professional is outstanding. We are delighted that we have been able to tempt him out of retirement to work alongside our U.S. team, and our partner group in supporting our continued build out in the U.S. It is an exciting time to be part of Wilton & Bain.”

Mr. Farish has spent more than 35 years in executive search. For 23 years he was managing director at Russell Reynolds Associates where during that tenure he served at various times on the firm’s executive, nominating and partnership promotion committees. He also ran the firm’s Atlanta office for eight years and its global TMT practice.

“I am genuinely excited to join Wilton & Bain,” said Mr. Farish. “Like much of professional services, human capital consulting, and CEO, board and senior-level recruiting are in a period of dynamic change, and Wilton & Bain is uniquely poised to meet, and exceed, client expectations in a time like this.”

Founded in 2001, Wilton & Bain provides executive search, interim management/consulting and technology resourcing services to the technology, professional services and converging digital markets. With offices in London, San Francisco, New York and Frankfurt, the firm has an expertise in technology to focus on digital transformation for clients across TMT, retail, consumer, financial services, insurance and utilities.

Wilton & Bain recently named Jay Siddiki a partner. He is responsible for sector specializations including telecoms, media and infrastructure in the firm’s interim practice. “This promotion is deserved by Jay after his intensely hard work to establish himself within the senior interim market as a trusted advisor to board level leaders across his network in telecoms, media and infrastructure,” said James Humphreys, interim managing partner. “In what has been a truly challenging year, Jay has shown incredible determination and focus, and I hope that as a partner at Wilton & Bain Interim he will become an exemplary leader who continues to pass on his traits to the rest of the team.”

Fast forward 18 years and behold a new picture: Wilton & Bain is making big gains in London and even more in the U.S., where it is in full growth and expansion mode. The firm has already planted its flag in New York (the new office opened last summer) and San Francisco (where it has had a presence since 2014). In October, Wilton & Bain will launch a three-person office in Boston, with more big plans on the horizon.