Menu
View our Events
Stay Connected:
In a new report, Executives Unlimited addresses the question of where in these days of The Great Resignation has the workforce gone. Technically the issue is less about a labor shortage, says the firm, and more a question of workers shifting how and where they want to work The problem is that their choices are “not exactly matching what employers are offering.” 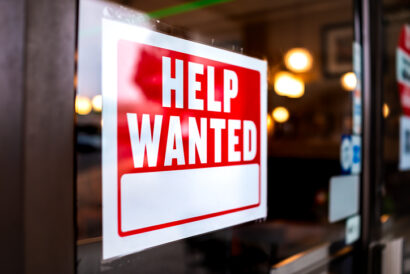 September 20, 2022 – With the U.S. phasing out most of its pandemic-related restrictions, a new topic has taken over our news feeds — labor shortage. Across the nation, companies are having great difficulty finding and retaining workers. At its height, the unemployment rate hit a record high of 14.8 percent in April of 2020. Since then, it has dropped to four percent. By themselves, the numbers alone tell a story of improvement, but as anyone can see, a surfeit of jobs remain unfilled. Which begs the question: Where did our labor force go? A newly released report from Executives Unlimited takes on that very question.

Data from the Bureau of Labor Statistics shows that at the end of December 2021, there was a total of 10.9 million job openings. In contrast, the number of unemployed persons during the same period totaled 6.5 million, said Executives Unlimited. “Calling the employment issues right now a labor shortage isn’t quite right,” said Daniel Zhao, senior economist and data scientist at Glassdoor, a popular online job site.

“Labor shortage is a tricky term because it implies that there aren’t workers available,” Mr. Zhao said when asked to comment on the term. And the numbers are on Mr. Zhao’s side. For example, in December 2021, over 4.3 million workers quit nationwide. The month before that, there were 4.5 million, signaling a trend of people leaving their jobs voluntarily. So, if what we have at hand isn’t a genuine shortage, why aren’t people returning to work? Most likely, it’s because of their home, said the new report.

The Great Reassessment of Labor

At this point, the term “The Great Resignation” has become synonymous with the pandemic and its influence on employees. “From record levels of resignations to shifts in expectations, sending workers home in March of 2020 has had lasting effects,” said Executives Unlimited. “Our issue isn’t one involving a labor shortage; rather, the problem stems from a collective reassessment of labor from both an employee and employer perspective. Simply put, workers are shifting how and where they want to work — and it’s not exactly matching what employers are offering.”

The coronavirus outbreak slowed life down for many workers, which allowed them to try something new. According to a Pew Research Center survey, 66 percent of unemployed respondents have “seriously considered” changing their field of work since March of 2020. For example, former hourly restaurant workers are finding higher-paying opportunities through warehouses or real estate. Or they may be seeking a more stable job considering most service employees were out of work indefinitely early on into the pandemic. 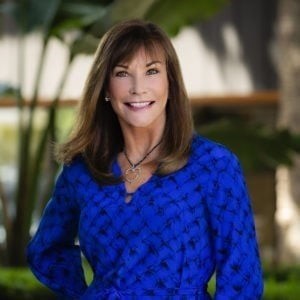 She leads the Executives Unlimited team using her extensive skills to advise companies in qualifying, selecting, and engaging executives. Ms. Tilley Gill specializes in working with entrepreneur founders and family-owned businesses. She possesses expertise in a variety of industries and clients ranging from entrepreneurial middle market companies to PE firms to billion-dollar multinational corporations, publicly and privately held, including non-profits.

“Even among those currently employed, people are rethinking their options,” the Executives Unlimited report said. “Across all industries, specifically the service and healthcare industries, employees are reporting record levels of burnout. Smaller employee pools result in longer, busier shifts in the service industry. For healthcare workers, fluctuating surges make it difficult to get much-needed time off. We’ve also seen an increase in early retirements of workers over the age of 50 resign as they no longer want to return to their old front-line roles. And for affluent Boomers, the idea of life being short is a compelling argument against returning to a desk. But as employees reassess how they want to work, major companies are rethinking their beliefs on what the future of work will look like.”

Major tech companies like Meta and Google were some of the first to send their employees home early into the pandemic. Since then, they have spent billions expanding their offices. According to the real estate company CBRE, the tech industry leased 76 percent more office space in 2021 than in 2020, said Executives Unlimited. Doubling down on a return to the office may seem counterintuitive as most workers in the industry continue to work remotely. However, there are growing concerns that remote work isn’t as efficient as initially thought, said the report.

How does the pivot to remote work factor into our current perceived labor shortage? In short, the pivot came when workers’ expectations began to shift, said Executives Unlimited. Early into the pandemic, companies used their remote work policy to attract top talent in their industry. As a result, people realized that their day-to-day tasks didn’t always require them to be physically on-site. And for those that couldn’t work remotely, the question became, “How can I?”

Arguments over bringing workers back into the office are tricky. Employees claim that they are happier and more productive working from home due to an improved work-life balance. However, for companies, there is “something that is missing,” said Steve Brashear, the senior vice president in charge of real estate at Salesforce.

That “something that is missing” is a critical factor for businesses, said Executives Unlimited. When remote, team members cannot collaborate the same way as when in the office. At the height of the pandemic, the pendulum swung towards remote work to improve employee safety within the office. Two years later, major corporations like Microsoft, Google, Apple, and Salesforce are all investing in new physical office space. So how will they, and others, fill desks amidst a perceived labor shortage? The key will be finding the middle ground, says the report.

While companies are beginning to backtrack from their stance on working from home, convincing workers to return to on-site work will most likely require finding the middle ground, according to the Executives Unlimited report. “What remote work provided employees was increased flexibility, which can improve one’s overall well-being,” the firm said. “As executives make moves to call employees back, we’ll likely see a similar trend of remote work serving as a hiring tool to bring in applicants.”

Key players within an industry can establish trends. In 2020, when tech giants like Apple and Google announced permanent remote work policies, many others followed suit. “In 2022, we can see similar trends in how these companies are reinvesting in physical office space,” the Executives Unlimited report said. “Instead of being fully remote, we are most likely to see more companies gravitate towards a hybrid work model to meet employee expectations.”

Employers will also have to find a middle ground for pay. According to the Bureau of Labor Statistics, wages, on average, increased in 2021 by 4.7 percent. The Consumer Price Index, a key inflation measure, rose seven percent during the same period. With a seven percent increase, a consumer who paid $100 a year ago would, on average, pay $107 today. As prices increase, employees are refusing to return to many low-paying jobs. And with inflation as high as it is, companies increasing wages may not be increasing them by enough.

Companies began offering increased wages to encourage workers to return during the pandemic. What Executives Unlimited saw, as a result, was hourly workers migrating towards industries with the means to increase pay. A $20/hour position at an Amazon warehouse may be more enticing than a minimum wage position at a local restaurant, said the study. As shown, however, this creates a problem for smaller companies that cannot pay the wages employees now expect.

Since 2009, the federal minimum wage has been $7.25/hour. “The pandemic didn’t cause the wage issue, but the pandemic did play a role in bringing the matter to greater light,” the report said. “Rather than returning to lower-paying part-time work, workers are flocking towards increased gig-work or expanding their options by changing industries.”

The term labor shortage implies that there aren’t enough workers to meet the current employment opportunities. However, what we are currently experiencing isn’t a labor shortage but a perceived labor shortage because of multiple factors, including ongoing wage issues and a shift in employee expectations, according to the Executives Unlimited report. “It is undeniable that many employers are currently experiencing great difficulty filling positions across all levels and industries,” the study said. “Understanding that change is collaborative in nature, Executives Unlimited has years of experience helping companies find and recruit lasting executive talent. With a growing roster of clients across the country, Executives Unlimited will continue to monitor this changing landscape.”