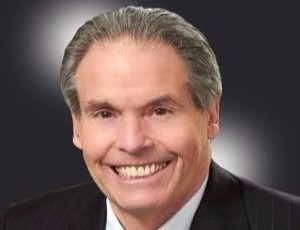 April 26, 2018 – Simply put, Jed Hughes is the best known recruiter in the sports executive search industry. Not only did he gain practical experience coaching under several Hall of Fame football coaches, his academic credentials are top-flight with a masters degree from Stanford and a Ph.D from Michigan.

Mr. Hughes has elevated Korn Ferry’s sports practice to elite status with prominent hires in the professional and college ranks.

Here, he discusses his rise in executive search and how his sports background gives him a decided edge over competitors.

Jed, what led you to sports?

I was at Spencer Stuart, doing well, but there came a time when all of my searches were winding down and Korn Ferry and another firm were aggressively recruiting me. Spencer Stuart was really good to me. But their emphasis wasn’t on sports. Korn Ferry came to me and said we want to give you the resources to build a sports franchise on a global basis.

You coached under Hall of Fame coaches Bo Schembechler (Michigan), Chuck Noll (Pittsburgh Steelers), Bud Grant (Minnesota Vikings) and Tony Dungy (Steelers). You also coached under Terry Donahue at UCLA, who also coached in the NFL. How has that helped you in executive search?

That background clearly gave me legitimacy in being able to build relationships – not only in football, but across the entire sports sector. What I found is that the experience from the coaching side gives you credibility after you’ve worked with these legendary people. During my UCLA days, I was named the top recruiter five out of six years and recruited three that were drafted into the Top 10.

You weren’t always in sports executive search. How did your previous experience at Spencer Stuart shape your progression forward into the sports recruiting sphere?

I was trained at Spencer Stuart in the search business for 13 years as a partner under the firm’s CEO and board practice. I learned how to conduct a search at the highest-level of sophistication. That experience was multi-faceted, especially in how we executed searches. The proprietary instruments that we used were helpful in terms of defining what to look for in talent and then be able to measure candidates against that.

Talk about your ability to place big-name candidates.

We’ve placed some pretty special people: the chief baseball officer of the Minnesota Twins (Derek Falvey) who came from Cleveland. That resulted in one of the largest turnarounds in MLB History – going from losing 103 games to making the MLB Playoffs. We placed Doug Marrone, the head coach of the Jacksonville Jaguars, who instilled a winning culture and took the Jaguars from three wins, to 10 wins (in 2017) with an AFC Championship appearance in New England. A few years back, we placed Tom Thibodeau who in two years has taken the T’Wolves from a 29 win club in 2015 to a playoff appearance this spring. We also placed Arthur Blank’s CEO of all of his businesses, Steve Cannon.