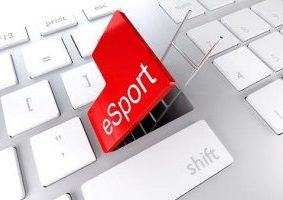 April 26, 2018 – eSports is a relatively new form of entertainment best known for its use of organized video game competitions between professional players. Taking the executive search industry by storm, eSports has recruiters scrambling to identify senior-level talent to meet the rising demand.

A number of non-traditional sports sponsors and executives have entered the eSports industry, which is projected to reach a value of $1 billion by 2019. Buoyed by an ever-growing young audience of fans and participants, a number of global companies are showing interest.

“As we assessed the industry and looked to find ways to stay relevant, the explosion and major advancement of eSports prompted us to really step out aggressively,” said Prodigy Sports founder and CEO Scott Carmichael, whose firm unveiled its dedicated eSports division recently. “We wanted to be one of the first out of the gates and proclaim as a boutique firm that we’re engaged on the eSports side and open for business.”

Prodigy recently led the search for a director of eSports business and team operations for Monumental Sports and Entertainment, which owns NBA, NHL, WNBA and AFL franchises in Washington, D.C., and also owns Team Liquid, an eSports franchise. Prodigy’s clients include 29 teams among the four major sports leagues.

Growth in U.S. and Europe

Odgers Berndtson also created an eSports recruiting practice by combining its sports and gaming businesses. The firm recently hired Scott Dodkins, believed to be the first senior hire into European executive search from the interactive gaming industry to help drive growth through digital channels and new technologies such as augmented and virtual reality.

“eSports is growing in the U.S. and Europe. Teams in the NBA are buying into eSports teams,” said London-based Odgers Berndtson associate Caroline Lacey, who announced the firm recently completed one of its first searches in eSports. “Businesses don’t necessarily just want people with eSports knowledge. They need a business expert that has a ton of experience growing an industry.”

However, companies are discovering that senior-level talent is hard to find. “We’re actually talking to two people right now who actively recruit in eSports, trying to convince them to join us,” said Harvard Group International managing director Chuck Cain. “All the traditional firms in sports and multi-industry firms like us are trying to find the way there.”

Added Mr. Carmichael: “Somebody joked in one of our conversations over the last six months that there seems to be, metaphorically speaking, a bunch of 12 year olds running the eSports business. That’s not literal, but there are a lot of young professionals and everybody agrees there needs to be experienced business professionals to put some structure behind it from a revenue, management and growth perspective, and that includes people who have a passion for gaming as well.”