Menu
View our Events
Stay Connected:
Leading thinkers envision a dramatic expansion of HR’s influence in the coming years. But for that to happen, HR visionaries must close the gap between their aspirations and the needs of corporate boards. Here’s why. 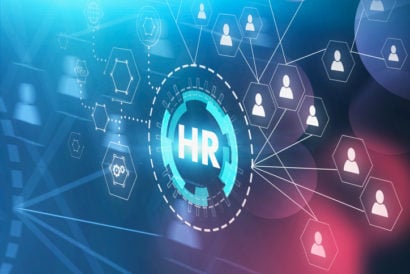 October 2, 2019 – The magnitude of change predicted by management visionaries in the field of human resources will have limited impact unless organizational leaders can successfully engage directors in a similar rethinking of the strategic importance of talent, culture and workforce management, this according to a report by Mark B. Nadler, principal and co-founder of Nadler Advisory Services, and Anna A. Tavis, founder of advisory firm Global Plus Lab.

New approaches to the human capital function will demand new relationships with key constituents, they conclude, including boards of directors. “There are enormous challenges to making this shift,” said the authors. “Nevertheless, the opportunities are real and consequential.”

Despite all the changes in the workforce and in organizations, HR is still generally held in lower esteem than other functions in most board rooms, said the report. Other research is also telling: “Work by Ed Lawler and his colleagues at USC has shown that 80 percent of U.S. boards lack a single member with any professional HR experience of any kind, and only 19 percent of CHROs at large U.S. companies attend their company’s board meeting on a regular basis, compared with more than 90 percent of chief finance officers,” said the authors. In surveys asking directors to rank the most important experience they’re seeking in new board members, HR experience doesn’t even make the top 10, rating lower than marketing, regulatory and supply chain experience, they said.

In short, it is crucial for HR professionals — as well as board members and CEOs — to acknowledge the large and growing gap between the aspirations of HR visionaries and the more traditional mindset of the boards who are essential to enabling so many ideas to become reality, said the authors. The responsibility for creating at least a semblance of alignment — for getting all the key players somewhere even close to the same page — lies with all three groups.

Mark B. Nadler brings a unique set of skills and experiences – both as a seasoned consultant and as a journalist working at the top levels of newsroom management – to his work as an advisor to CEOs and boards. He specializes in board effectiveness, executive leadership, CEO succession, senior team effectiveness and CEO evaluation. He has consulted with leaders of more than 50 companies across a broad range of industries, ranging from Fortune 500 corporations to family-owned firms and private equity, hedge fund and venture capital portfolio companies.

“But the starting point is clear,” said the report. “Another finding in the Nadler Advisory survey was that fewer than a third of the directors gave their CHRO high marks for keeping the board informed about innovations in HR. Helping boards understand where HR is headed simply must become a higher priority on the longer transformation journey.”

To map out the strategy for CHRO’s evolving role with the board, the authors introduced a strategic planning model known as the Three Horizons Framework. This approach, they said, provides a structure to invest in potential opportunities for growth without neglecting performance in the present.

Applied to HR, “Horizon One is where HR gets on the board’s radar,” said Mr. Nadler. “In the recent past, the boards have been focused almost exclusively on issues related to CEO pay and executive compensation. HR executives acted as staff support to the board in those efforts often working behind the scenes as sources of information for the compensation and audit committees. In strongly unionized companies a committee or the full board regularly reviewed union activities and oversaw contract negotiations working closely with labor relations executives. This remains to be where the majority of companies are at this historical point.”

Horizon Two, meanwhile, is where HR is getting its current foothold with the increased focus on the company’s talent agenda, said the report. “We see a growing number of boards beginning to broaden their thinking and include talent not only as a critical factor in executing the corporate strategy, but also as an asset, an investment and a potential risk to the company,” said the authors. “These forward-looking boards expect regular reports on the state of executive talent management in their organizations.”

The list of these new critical focus areas starts at the top with board’s direct involvement with the succession management for the executive team and the C-suite roles including CHROs. “As constant executive turnover becomes the norm, both long-term and emergency succession plans are expected to be in place, regularly updated, and constantly in progress,” said the report.

Another set of human capital questions at the board level are those of strategic business readiness in the time of discontinuity. To successfully implement the company’s strategy over the next two to four years, the board might probe the gap between the current management talent and the talent they need, and about the plan for filling those gaps through development, reassignment and recruitment.

“People analytics are beginning to influence how the boards approach organization’s talent issues,” said Mr. Nadler. “Take employee engagement. Forward looking boards could request a report on the results of the engagement survey and follow up actions. Information on the recruitment, separations and retention numbers could be additionally requested by the board.”

Horizon Three is dedicated to the emerging and aspirational issues that are not yet on the majority of boards’ agendas. These issues have become a concern for the visionaries in HR and require the boards’ attention and commitment, said the authors. This horizon is about the broadening importance of the “human side of business” and, with it, the growing strategic mandate for HR.

Wanted: An HR Executive on Company Boards
HR executives make up a surprisingly small percentage of all boards. With talent, culture, and compensation issues dominating attention, that may be changing. A new report from Korn Ferry explores why so many company boards lack HR executives and what they’re doing to make improvements.

“To review those critical issues, we start with workforce management, which is changing rapidly with the ‘gig economy’—automation and the Internet of things replacing full time labor with contractors and machines,” said Mr. Nadler and Dr. Tavis. “Companies need to decide where and how to invest and if workforce retraining can solve the social risks associated with skills obsolescence. Boards need to understand the full implications of these changes and be prepared to effectively address the changing skills requirements in the new labor markets.”

Diversity and globalization continue to grow in strategic importance. “Diversity officers in some companies are now reporting directly to the CEO, elevating the agenda to the board’s level,” said Mr. Nadler. “Boards themselves are being challenged for the homogeneity of their directors. Political pressures add to the urgency for companies to demonstrate that their boards look more like their shareholders. To be credible to all stakeholders, boards increasingly are expected to include women, minorities and global executives.”

Sustainability and climate change issues, for their part, are still faint blips on the radar of most boards. “It remains to be a steep climb for companies to establish the robust governance of sustainability issues at the board level,” said the authors. “Board oversight must address the critical environmental and social impact that will be facing companies in the near future.”

The Role of Culture

Corporate culture is becoming a major area of concern among boards and audit committees, said the authors. Of particular importance is the role culture plays in corporate strategy and performance. “If a company wants to take a new strategic direction, then it will often have to change the culture as part of that effort,” they said. “The risks of neglecting the culture are obvious; it is often reported that as many as 90 percent of mergers and acquisitions fail because of cultural incompatibility.”

Regulatory oversight is what most boards have been traditionally concerned with, especially in financial services, but the debate about the board’s actual involvement in regulating and overseeing the culture is still unresolved. Is the line between management’s responsibility for culture versus the board’s? “In the U.K., for example, the boards moved beyond the debate and implemented culture assessment as a part of the overall company audit,” said the authors. “Clearly, HR should be at the table reporting on the results of the culture audit and recommending actions to the important culture alignment.”

Reputation management should not escape the board’s agenda in the current environment where social media sets the tone and employees have a signiﬁcant say, said the report. “To be sure, the primary responsibility for safeguarding a company’s reputation lies with management,” Mr. Nadler said. “They know the environment and have the re-sources to address the issues. But the board plays a crucial role in managing reputational risk. Through its oversight of the company at large, boards must ensure that they work with management to explore both obvious and new or non-traditional potential sources of risk.”

Why Your Board Needs a CHRO
Board members often lack experience in executive succession and rely on the skills of a director with a CHRO background to bring that expertise to the CEO recruitment process. That’s where a top HR leader can add tremendous value to boards, says a new report by DHR International.

Among the solutions, said the authors, boards should ask their CHROs for regular updates — including data supported reports and analysis, forward-looking indicators of future challenges — regarding the comprehensive talent strategy, specifically including questions on workforce composition, diversity, and potential talent gaps. Boards need to enlist management’s help in thinking holistically about the relationship between strategy, risk, talent and culture.

In looking ahead, the authors said they advocate that applying a people lens to strategic business issues at the board level not only has to be done better, but it also has to become second nature.

“When boards take on Horizon Two and Three issues, it fundamentally changes the role of the CHRO and raises the bar on the performance of the HR organization,” said Mr. Nadler. “In Horizon Two and Three organizations, CHROs are adding value to the board and not only to the executive team. A few top CHROs are now bridging relationships between the board and executives and helping define the company’s strategic agenda. Companies where HR sits on the sidelines, are running multiple human capital and organizational risks and potentially weakening the company’s ability to compete in the future.”

Check Out These Related Articles On Boards: