Menu
View our Events
Stay Connected:
Earlier this year, University of Edinburgh student Will Steel joined London-based executive search firm Wilton & Bain as a summer analyst. And though the intern came away with great experiences, the recruitment firm gained as well. Here’s why executive recruiting might just be the ideal first career choice for a new generation. 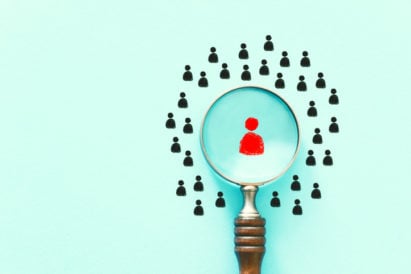 November 26, 2019 – Too often, executive recruitment is a field that individuals fall into after starting their career in another sector. Their expertise, insights into leadership and knowledge of how systems in business or a particular industry work can be extremely valuable in working with search clients and in identifying and attracting top drawer candidates.

Unlike many other industries — such as private equity and banking, for example — there tends to be less attention paid to bringing young people into executive recruitment straight out of college. Oftentimes, graduates have little awareness of what recruiters even do, the skills the job entails, the contribution they make to building businesses, or even that the field could provide for a good living.

In some ways, executive search is starting to reach a point of maturity in which certain firms are making a more concerted effort to enlist, develop and train younger recruiters who can then go on to make a big contribution.

“It’s a great role for young, talented and competitive people, particularly if you aren’t sure what career direction you want to follow,” said Clare Elliott, group people and brand director for London-based executive recruitment firm Wilton & Bain. “In executive search introductory roles can be multifaceted and include marketing, networking, problem solving, interviewing and negotiating. For anyone early on in their career, executive search offers the opportunity to be independent and to make an impact on businesses and also on individuals. And at well run search firms, there is a very clear career path/line of progression to the role of partner or managing partner.”

Last summer, Wilton & Bain brought aboard a University of Edinburgh student, Will Steel, as a summer analyst, and the results proved positive for both Mr. Steel, now in the final year of his four-year undergraduate master’s degree program, and the search firm, which has a focus on digital transformation.

Along the way, Mr. Steel wrote about his experiences at Wilton & Bain’s behest. His essay appeared on the firm’s website. He also reported back to the firm with his thoughts and insights to help strengthen the firm’s intern program moving forward.

Related: Here Are Five Types of Millennials You Need to Know

“I work at a very engaging, inclusive firm that invests legitimate time and energy into training and developing their juniors,” noted Mr. Steel in his essay. “They do not simply leave their analysts in an admin-based purgatory for months on end. I was on the phone pitching to candidates within the first month of my internship.”

He first learned about Wilton & Bain the year before, when he was a sales intern for a corporate finance fintech firm whose clientele included search firms that operated in the private equity space. “This piqued my curiosity, as up until then, I was familiar with headhunting but had never heard of executive search,” he said. “I eventually began to research it more closely, and soon thought to myself that it seemed pretty well-aligned to my professional skill-set.”

Fast forward 18 years and behold a new picture: Wilton & Bain is making big gains in London and even more in the U.S., where it is in full growth and expansion mode. The firm has already planted its flag in New York (the new office opened last summer) and San Francisco (where it has had a presence since 2014). Here’s more . . . with big plans on the horizon.

Mr. Steel said he stumbled across Wilton & Bain while conducting research into the major recruitment outfits in London. “I have a growing interest in emerging technology, and it was pretty obvious after a little bit of research that Wilton & Bain had a distinct pedigree placing executives in this space. It didn’t take long for me to realize that they were at the pinnacle of the technology sector, as further evidenced by their rankings” on various lists.

He decided to cold-message University of Edinburgh alumna Lisa Peacock-Edwards, managing partner for the search firm’s U.S. outpost, hoping to learn whether there was a summer internship program. “I still am extremely grateful for how receptive she was to my message,” said Mr. Steel. “She put me into contact with the London team, and I travelled down to interview where I was eventually hired as a summer analyst.”

Many of Mr. Steel’s friends and classmates had summer internships in the business world as well, and as they began to compare notes he found that practically none knew anything about executive recruitment. In looking to help enlighten them, he gave an overview of the field and his job, which was then posted on the search firm’s website:

“Executive search, also known as headhunting, is a highly-specialized recruitment service which organizations pay to seek out and recruit highly qualified candidates for senior-level and executive jobs across the public and private sectors, as well as not-for-profit organizations,” he wrote. “At Wilton & Bain, we operate largely within the C-suite, or the most senior level in a given corporation. These type of hires are essentially deals, instead of mere placements, and typically involve a retainer (or up-front-fee). Retained searches tend to be for positions that pay upwards of £120,000 and often far more. Search fees are typically 33.33 percent of the annual compensation of the recruited executive and are usually paid in thirds. Search, by most metrics, is emerging as a major player within professional services.”

Related: How Millennials Will Shape Politics & the Workplace

“We also encouraged Will to write his honest thoughts on the executive search industry (from an undergraduate perspective) and Wilton & Bain specifically,” said Ms. Elliott. “We asked for feedback on our firm, his training and how we could improve our support for the next contingent of interns.” She said Mr. Steel’s feedback will add tremendous insight to learning firmwide.

Mr. Steel, who got to be involved in a fair number of searches for the firm, said he was uncertain why executive search was often overlooked by college graduates. “Maybe they associate it with the aggressive, sales-heavy stigma some recruitment agencies receive,” he said. “Executive search is not like typical recruiting—it is consultative, gradual, precise. It is a form of advisory. I feel that it also may be due to the fact that until recently, headhunting graduate schemes were quite rare and under-marketed.”

“I think this field could be appealing to many different people from varying backgrounds, skill-sets and walks of life,” said Mr. Steel. “Firstly, it can be a very lucrative profession. Many executive search firms offer quite competitive base salaries coupled with extremely rewarding benefits packages. Moreover, leading a retained mandate can be extremely profitable, both for the individual and the firm collectively.”

“Secondly, the work-life balance is fairly good, especially compared to financial services, which is probably one of the hottest sectors for people my age,” he said. “There will be some late work days, and you might have to work on the occasional Saturday, but for the most part it is fairly flexible.”

“Thirdly, if you fancy a bit of networking, few other occupations can give you the same opportunity to connect with senior-level people right from the beginning, across many different industries. Crucially, this cross-sector exposure can enable young professionals to gain high-level insight into plenty of different career paths.”

One of the aspects of search that he liked most was simply the impact it has on clients and candidates alike. “Introducing new senior, C-level leadership to a business can dramatically alter the landscape of a company,” he said. “For candidates, switching jobs isn’t just an immense decision professionally. It is a major development in their lives. Work in search long enough, and you will probably have placed a good number of people into their dream jobs, and made good money doing it. I mean, how cool is that?”