Menu
View our Events
Stay Connected:
The ranks of those submitting jobless claims tumbled to their lowest level in more than 52 years last week, the Labor Department reported this morning. Let’s take a closer look! 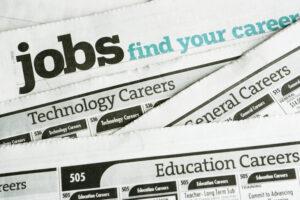 The Labor Department did not indicate any special factors that caused the stunning fall, which could provide an important signal about a jobs market that has been struggling to come back since the Covid-19 shock in March 2020.

“Unemployment has fallen so far this year at the fastest rate since the 1950s,” President Joseph R. Biden said in a statement last week. “It’s a jobs recovery that has happened years faster than after the Great Recession of 2008. America is getting back to work.”

“Overall, the labor market is on a gradual path of improvement. However, shortages — evident in the high level of job openings, which continue to outpace the number of unemployed individuals, — are preventing a stronger recovery,” wrote Rubeela Farooqi, chief economist for High Frequency Economics, in a note.

Government relief checks, super-low interest rates and the rollout of vaccines combined to give consumers the confidence and financial wherewithal to start spending again. Employers, scrambling to meet an unexpected surge in demand, have made 18 million new hires since April 2020 and are expected to add another 575,000 this month, according to the Associated Press. Still, the United States remains 4 million short of the jobs it had in February 2020.

Companies now complain that they can’t find workers to fill job openings, a near-record 10.4 million in September. Workers, finding themselves with bargaining clout for the first time in decades, are becoming choosier about jobs; a record 4.4 million quit in September, a sign they have confidence in their ability to find something better.