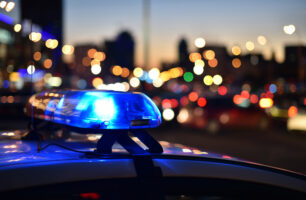 October 29, 2021 – The public sector is in the midst of major transformation. It faces an array of challenges that range from shifting public expectations to budgetary pressures and a growing demand for operational efficiency. To successfully navigate these issues, government organizations need leaders who are focused, tenacious, and adaptable, report recruiters, with the capacity to deal with significant scale, complexity, and ambiguity.

Waverly Partners recently assisted in the recruitment of Kamran Afzal as the new chief of police for the Dayton Police Department. The police department’s past chief, Richard Biehl, who has held the job since 2008, retired earlier this year. “Over the last six months, this community has engaged in an extensive recruitment process, which provided me with a diverse spectrum of perspectives and invaluable input necessary for me to select the best police chief for our city,” said Shelley Dickstein, city manager. “Throughout the process, Kamran consistently displayed leadership qualities that will serve our police department and community well.”

Dayton conducted a nationwide search to identify candidates. The process included the creation of a selection oversight committee and opportunities for residents and stakeholders to interview potential candidates.

Mr. Afzal has almost 30 years of experience in law enforcement operations and executive leadership. Most recently, he was the police chief in Hopewell, VA. Ms. Dickstein praised Afzal for his record of “leading various police operational units in reducing crime.” She said he had demonstrated a commitment to train and develop the next generation of police leaders.

n 1991, Mr. Afzal began his law enforcement career with the U.S. Capitol Police. He moved on to the Arlington County (Virginia) Police Department in 1993. There, he rose from a patrol officer to a member of the command staff. Mr. Afzal served as chief of the Durango Police Department in Colorado from April 2017 to December 2018 before moving back to Virginia to lead the department in Hopewell.

“I am humbled beyond words and privileged to be given the honor of leading a dynamic department and continue to build upon the Dayton Police Department’s legacy,” Mr. Afzal said.

A number of police departments around the country have turned to executive search firms to find new chiefs. Here is a sampling from the Hunt Scanlon Media archives:

Ralph Andersen and Associates was recently selected to lead a national search for a new chief of police for the city of Austin, TX. “The role of police chief is incredibly important not just to the city organization, but to our community as a whole,” said Spencer Cronk, Austin city manager. “I hope through this process that we collectively find the ideal candidate – one who collaborates with our community, instills trust in the workforce, works to achieve results from established council policy, creates a culture of improvement and accountability, and is willing and able to lead the department in ways that lead to equitable public safety outcomes for all.”

Spelman Johnson has been chosen by Harvard University to lead its search for a new chief of police for the Harvard University Police Department. Francis D. Riley, the current chief, recently announced that he is retiring at the end of the year. Heading the assignment is search associate Heather J. Larabee. A committee representing leaders from across the Harvard community has been convened to conduct the search, and it will actively engage with individuals from across the university’s schools and units.