Stay Connected:
After coming in under the one million mark for one brief week, new jobless claims registered over a million for the second straight week as the COVID-19 pandemic continues to impact the U.S. economy. Let's take a look inside the numbers as Keith Macomber of Capitus Associates weighs in! 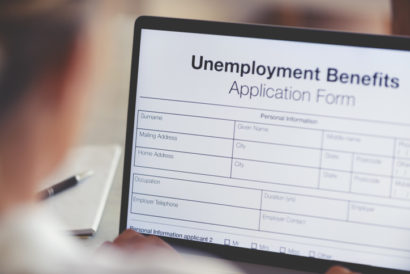 August 27, 2020 – The Labor Department reported this morning that just over a million more Americans filed new claims for state unemployment benefits last week. Economists polled by Dow Jones expected initial jobless claims to be down from 1.104 million in the previous week.

Meanwhile, continuing jobless claims, reported on a one-week lag, improved to a new pandemic-era low for the week ended August 15, taking out the previous low from the week ended August 8. Continuing claims have declined in seven of the last eight weeks’ worth of reports, as the number of individuals still receiving unemployment insurance benefits retreated. Last week’s insured unemployment rate improved to 9.9 percent from 10.2 percent.

The latest jobless claims report also comes as a number of states received approval to distribute an extra $300 per week in federal enhanced unemployment benefits authorized by President Donald Trump earlier this month. “The president’s new plan for $300 weekly unemployment checks is getting off the ground very slowly, with many states confused about the need to reprogram their computers when there is only a limited amount of diverted FEMA [Federal Emergency Management Agency] disaster funds to pay out to jobless workers,” said Chris Rupkey, chief financial economist for MUFG Union Bank.

“Even as businesses have reopened and jobs have returned, layoffs are ongoing reflecting interruptions to activity from virus containment that are likely resulting in permanent closures and job losses,” Rubeela Farooqi, chief U.S. economist at High Frequency Economics, said in a note. “The risk of permanent damage to the labor market remains high which will slow the pace of recovery.”

The Federal Reserve, in a significant shift that could keep interest rates low for longer periods, said it would focus on keeping unemployment low and allow inflation to run slightly higher in good times. Fed Chair Jerome H. Powell said: “Our revised statement emphasizes that maximum employment is a broad-based and inclusive goal. This change reflects our appreciation for the benefits of a strong labor market, particularly for many in low- and moderate-income communities.”

“We are seeing some signs of economic recovery from the COVID-induced recession,” said Keith Macomber, partner at Capitus Associates. “However, whether this recovery is being judged by our clients as V-shaped, U-shaped or a W, they remain cautious. We are seeing some necessary strategic hiring, but overall, the financial services marketplace still seeks further evidence that a true, prolonged recovery is underway, before implementing serious growth initiatives.”

“Also, now that we are in the run-up to the Presidential election, a further wait-and-see attitude can be felt,” Mr. Macomber said. “Our long-term view remains constructive for growth in select sectors of financial services within banking and alternatives investment management, particularly private credit, but near-term hiring remains constricted.