Menu
View our Events
Stay Connected:
The unemployment rate falls to a record low, but employers still fail to meet expectations for April. Let’s go inside the latest jobs report as leading executive recruiters weigh in. 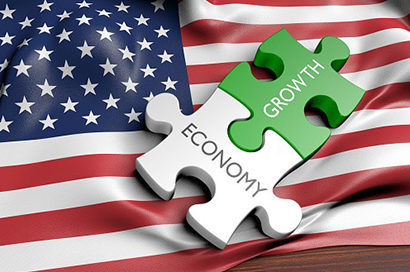 May 4, 2018 – Employers added 164,000 jobs last month as the U.S. unemployment rate dropped to a 19-year low of 3.9 percent, according to the most recent U.S. Bureau of Labor Statistics report. The April gain is the 91st consecutive month of job growth. The number of unemployed people dipped to 6.3 million. Analysts had expected the unemployment rate to drop to 4.0 percent and 192,000 jobs to be created.

Economists expect that low unemployment will lead to increasingly big pay bumps for workers as employers fight over a dwindling number of candidates. But according to The New York Times, this recovery has so far bucked that conventional wisdom. The change in hourly earnings varied from month to month last year, but hovered around 2.5 percent, barely keeping up with inflation.

“Wage growth picking up would suggest the labor market is tightening and that the Fed could have to move more aggressively,” said Matthew Luzzetti, a senior economist at Deutsche Bank. Projections released at a Fed meeting this week suggested that officials were leaning toward a total of three rate increases this year. But strong wage growth could fan fears of an uptick in inflation, pushing them toward a fourth increase, Mr. Luzzetti said. “It means borrowing costs will be moving higher for typical consumers.”

The overall recent surge of job gains may reflect, in part, confidence among some businesses that the Trump administration’s tax cuts will accelerate growth – even though a growing roster of economic experts disagree with that assumption. Consumers are also benefiting from higher after-tax income, which grew last month at the fastest pace in a year, aided by the tax cuts. Some envision the unemployment rate dropping as low as 3.5 percent by the end of 2018.

Sr. Recruiter Wanted at Nevro
This position will report to the Director, Global Talent and will work closely with hiring managers across the sales department. In this role, you will partner with the regional sales leadership to attract and hire A+ sales professionals to join the organization.  Apply on Ezayo!

“I hear my clients saying the tax bill gave them more confidence in the pro-business economy,” said Tom Gimbel, CEO of search firm LaSalle Network. “There’s confidence coming from D.C. that they’re not going to get in the way.”

Strong Hiring Intentions to Continue Into Second Quarter
U.S. employers are expecting hiring to pick up in the second quarter, with one in five planning to add staff, according to the latest “Employment Outlook Survey,” by ManpowerGroup. Employers in all U.S. regions and industry sectors are looking for headcount to grow.

Roy Munk, founder and president of Rocky River, OH-based search firm Global Healthcare Services Recruiting, said: “Despite some frightening headlines lately, increased market volatility, and weak returns on stocks in the first quarter of 2018, if you look closely, very strong economic fundamentals remain in place which points toward solid growth in hiring, the GDP, and the economy in general for the remainder of 2018.”

Healthcare hiring, in particular, he said, “remains candidate-driven as there are shortages across the sector including roles in nursing, physical therapy, and laboratory amongst several others.” Mr. Munk has completed more than 375 search assignments since 1997. “GHS Recruiting has seen a continued and increased aggressiveness in hiring from hospitals and healthcare systems across the country evidenced by large signing bonuses, healthy upswing in salaries, and multiple offers for candidates. We remain upbeat on hiring on 2018, particularly in healthcare.”

“The state of the economy is currently quite strong, compared to what we’ve seen in recent years,” said Shawn Baker, president of Rochester, NY-headquartered executive recruiting firm Cochran, Cochran & Yale. “As a result, organizations have the ability to compensate employees generously – which has led to a talent gap in the candidate market,”

“Vacant key roles are remaining unfilled, as it has become increasingly difficult to attract external candidates to apply for openings,” he said. “Compensation has become a major issue for many employers, given the current economic climate and competitive market. Accordingly, we’re advising our clients to focus their efforts on the training and development of their staff, preparing for both immediate pipelining and long-term succession planning needs.”

“We are in a period of intense demand for executive talent,” said Robert Nephew, founder and managing partner of search firm RM Nephew and Associates, which specializes in the technology, professional services and healthcare sectors. “Nearly every executive we are talking to about positions with our clients has one or more competing opportunities to consider.”

“This is a complete change from one year ago,” said Mr. Nephew. “We are also seeing our clients acknowledge and respond to this development by becoming more proactive about keeping hold of their existing executive talent. Some clients are implementing new retention packages. Others are asking us in confidence about our observations of the stability of their leadership teams.”