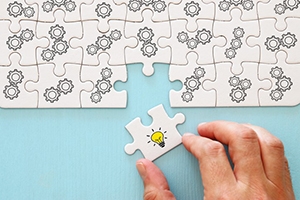 November 30, 2018 – Audeliss, a London-based executive recruitment firm, has strengthened its U.K. delivery team with the recent addition of Eric Contreras as head of search.

Mr. Contreras, who has over 10 years’ experience working for some of the leading names in the field, has a proven track record in the technology, media, telecoms, professional services, industrial and public sector verticals, said Audeliss. He has conducted a wide range of searches at all levels of seniority across the technology, operations, finance and commercial functions.

Mr. Contreras has lived and worked in the U.A.E., and has also undertaken international search assignments and delivered mandates across the U.K., U.S., Europe, Middle East and Far East. Previously, he was delivery director for Adastrum Consulting. Prior to that, he served as partner and director of research and delivery operations for Moorland Gray. He has also worked for Korn Ferry’s Futurestep, as head of research EMEA, head of research U.K. and senior researcher. Earlier in his career, he was a research consultant for Penna Plc.

“Audeliss is leveling the field when it comes to appointing diverse boards and leadership teams,” said Mr. Contreras. “I joined Audeliss because I believe that its unique proposition has made, and will continue to make, a significant contribution to the makeup of the future of leadership. I look forward to working with the Audeliss team and to making a real difference to diversity and inclusion.”

He is one of several individuals to recently join the firm. In the last month, Audeliss also added Ben Hamilton-Rhys as marketing, communications and events manager and Jenny Lester as head of people and operations, both in the London office.

Mr. Hamilton-Rhys has an extensive background in professional services focused strategic marketing and communications, said the firm. And Ms. Lester is a Fellow of the Chartered Institute of Personnel and Development-qualified HR professional with a wealth of cross-sector experience in HR management, organizational development and learning & development.

“The increasing strength of the team follows a number of new contracts for Audeliss with particular success being enjoyed as a result of the new framework agreement with the cabinet office for recruitment services awarded this month,” said Jonathan Swain, managing director.

Audeliss, founded in 2011, structures its business around four areas: board practice, executive search, interim management and market intelligence. The firm, which also has a New York office, is highly committed to finding diverse executive and non-executive candidates. Sixty-five percent of its appointments since 2011 have been diverse candidates.

In June, Audeliss officially opened an office in New York City and appointed Felicity Hassan as managing director U.S. Suki Sandhu, founder and CEO of Audeliss, said: “We couldn’t be more excited about our latest venture. I’ve known Felicity for almost 15 years when we both joined the graduate training program at a FTSE 250 executive recruitment company. She is fabulous at what she does and I couldn’t think of a better fit for us,” he said. “Felicity is moving from in-house recruitment back to the world of search as she so passionately believes in our purpose.”

Previously, Ms. Hassan was director of international recruitment for Audeliss and a recruiting partner with Bloomberg. Prior to those roles, she was a search consultant with Leathwaite.

Audeliss also recently added Anja Skvortsova as associate director. Ms. Skvortsova has over 13 year’s international experience in executive search, and a passion for changing the diversity and inclusion landscape for businesses. She was previously a consultant within Major, Lindsey & Africa’s EMEA in-house search practice.