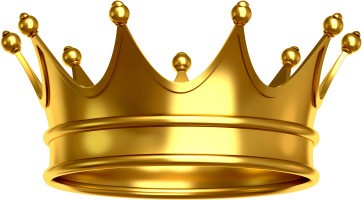 November 14, 2013 – Heidrick & Struggles, the world’s fourth largest recruiter and No. 3 in the U.S./Americas as ranked by Hunt Scanlon Media, continues its search for a new leader amid continued defections of some of the firm’s top recruiters. Heidrick’s most important in-house appointment in years is being led by Heidrick veterans Jeff Sanders and Bonnie Gwin, who have reportedly considered a number of possible replacements for L. Kevin Kelly, 47, who stepped down as CEO after a number of key misfires undermined Heidrick’s growth strategy. With the search now dragging into its fourth month, many pundits are beginning to ask why is it taking so long for a firm steeped in finding leaders for its clients to find the right leader for itself?

Well-placed sources say that Heidrick’s board of directors has reviewed several viable candidates – both inside and outside of its own ranks, as is customary in any top-level search of this kind. And they say this particular search is complicated partly because of the number of qualified candidates under review. Whoever takes the helm, the task to turn around a search firm with a 60-year legacy in finding world class business leaders will not be easy. The recruiting industry is hitting tremendous competitive headwinds and Heidrick faltered as it tried to navigate this changing landscape. In Hunt Scanlon Media’s recent annual rankings of search firms, revenue at Heidrick plunged 16 percent globally and in the U.S./Americas region the firm offered up disappointing revenue declines of 11.2 percent. Its chief rivals reported flat or positive revenue growth during the same reporting period.

Among Mr. Kelly’s missteps which may have landed him in trouble was the acquisition at the beginning of 2013 of corporate culture leadership firm Senn Delaney. Many industry watchers believe the acquisition was an unnecessary use of key assets at a time when the firm needed a more firm hand on the controls and a focus on building up its primary recruitment business. Others argue that Heidrick could have developed this practice organically and for much less. Still, the Senn Delaney acquisition taps into the corporate culture trend that has been largely driven by companies seeking ways to help improve how their leaders are selected, assessed and ultimately fit in. With time it should bolster Heidrick’s main business line. Mr. Kelly preceded the Senn Delaney acquisition by announcing a realignment of the firm’s organizational structure and operating model and he signaled that Heidrick was poised for a sale. When ‘exploring strategic alternatives’ died on the vine, Mr. Kelly resigned, leaving be- hind a $2.1 million pay package and over $100,000 in memberships at prestigious country clubs.

One insider under consideration, Jory M. Marino, the firm’s current interim CEO, took over on Mr. Kelly’s resignation last July. With over 30 years of experience in executive search, Mr. Marino has spent almost half of those years, 14, with Heidrick where he recently served as head of the Americas region. Mr. Marino is well-liked and respected by the majority of peers within the firm, but some say privately that he lacks the vision necessary to move Heidrick out of its current morass.

If the firm decides to look outside of its own partner ranks but remain within the search industry the choices seem slim. It has been said that Heidrick’s board has high regard for former Spencer Stuart chief, David Daniel, who was that firm’s CEO for 11 years. Mr. Daniel’s term ended just last year and he is one of only a handful of industry leaders who could bring Heidrick back into form quickly. But Mr. Daniel is still with Spencer Stuart and to move him to Heidrick would require some fancy footwork. Tapping Mr. Daniel is an intriguing idea: he is a well-seasoned leader who has run a major global search firm and he could repopulate the recruiter ranks at Heidrick recently lost to competitors. Heidrick clearly needs someone of stature to reinvigorate the firm’s culture and to instill the confidence that its rank and file have lost. Mr. Daniel fits the bill. His naming might even please Wall Street, where Heidrick has performed poorly as a publicly-traded outfit.

Others suggest that Heidrick & Struggles needs to be even bolder right now and look outside of itself and the recruiting industry altogether. Several individuals close to the search have said that Mr. Sanders and Ms. Gwin have sized up top people from both McKinsey and Boston Consulting Group – although no specific names have been mentioned. Both firms represent top brands in their field and a CEO candidate coming from their professional ranks would naturally carry along the right mix of management skills and operational expertise to right Heidrick.

Could the right candidate be sitting right in Heidrick’s own board room? One name that has been mentioned as a solid inside candidate is Mark Foster. Having once lead Europe for Accenture, the 53 year-old Mr. Foster would seem to be a solid choice. With vast global work experience serving a professional services firm he has spent several years on Heidrick’s board. But Mr. Foster is considered by many as an outsider and others have raised doubts about his ability to fix the most important challenge facing Heidrick: attracting back top recruiting talent.

In the last year or so alone, several top consultants have departed, including Dale Jones, who joined Diversified Search last month to assume the post of president for the Philadelphia-based concern, and Stephen Miles, who has since formed The Miles Group – a leadership consulting firm in New York. Mr. Jones and Mr. Miles are former Heidrick & Struggles vice chairmen. Gerry McNamara, who spent 18 years at Heidrick, including running the firm’s global information officers practice, recently joined Korn/Ferry International which also grabbed ex-Heidrick consultants Brian Proctor, Sonamara Jeffreys and Keith Deussing. Long-time industry veterans, David Winston and John Wasley, headed to the ninth largest recruiter, Caldwell Partners. Mr. Winston was the practice regional managing partner for the Americas and was also the partner-in-charge of Heidrick’s Dallas office, the same title held by Mr. Wasley at Heidrick’s Los Angeles location where he was both managing partner of the firm’s Western U.S. region and its real estate practice. Heidrick also lost Brian Schnepff, now with Odgers Berndtson in Chicago, who previously was a principal at Heidrick’ global insurance and financial services infrastructure practices. Another key loss was Pat Friel, who has since joined Lochlin Partners. At Heidrick, Mr. Friel served as the managing partner of their Washington, D.C. office and was a key member of the firm’s senior leadership team. Also departing Heidrick were Gavin Holland, who left to form Anthemis Talent; Hillary Jambor, who is now with Winnetka, IL-based boutique North Line Partners; Tom Moran and Carlos Cata, who defected to CTPartners, while Dan Mullin and Arvind Mathur departed the industry altogether.

Heidrick has countered these partner losses to some degree; during the first nine months of 2013, 34 new executive search and leadership consultants joined the firm. And despite the defections, Heidrick won the most coveted C-level search assignment to come up this year: Microsoft selected the firm to find a replacement for CEO Steve Ballmer who announced his retirement. Heidrick’s rich heritage in finding leaders for business continues.