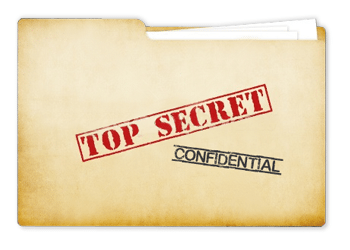 December 2, 2013 – Six months ago, David Nosal, chairman & CEO of San Francisco-based Nosal Partners, was convicted of all charges in a six-count indictment by a federal jury that found that Mr. Nosal had conspired to gain unauthorized access to the computer system of his former employer, Korn/Ferry International, and to illegally obtaining its trade secrets in 2004 and 2005. The sentencing of Mr.Nosal, which was originally scheduled for September 4, has been delayed further and, in federal court on October 9, Mr. Nosal was to learn his fate which could carry maximum statutory penalties from five to 10 years’ imprisonment and combined fines of $500,000 plus restitution if appropriate. However, David P. Riordan, the lead counsel for Mr. Nosal for the last five years, put forth the argument that before sentencing could take place the Court should determine how much Korn/Ferry suffered as a result of his client’s actions. U.S. District Judge Edward Chen of the Ninth District Court agreed to the request for delay and an evidentiary hearing to determine the amount of loss will take place on December 18.

Because it is difficult to determine the exact loss of income to a search firm in these instances, many use a clause that monetizes the anticipated loss such that the mere breach of the contract obligates the individual to a specific penalty which then becomes a matter of contract law. Absent that clause, it is incumbent on the firm to show evidence that the individual used the protected data to secure specific income, in- come that, absent the individual’s actions, would have flowed to the firm. “The mere reaching out to a client by the individual would be a weak foundation for damages due the firm if the firm cannot prove that funds flowed to the individual that would have, otherwise, flowed to the firm,” said James J. Cimino, president of ESL Services, a boutique recruiter located in Mason, OH.

Mr. Cimino, who often testifies in court on matters related to cases involving disputes that include search firms, pointed out “it would be incumbent on the firm to show that they took proactive steps to mitigate those damages by taking other measures to secure the right to business from the clients whose information the individual took.” The Nosal case will serve as a landmark case for the executive search industry which has traditionally seen search consultants move frequently from one rival firm to another or seen defections of top consultants who leave to start their own firms. While non-compete agreements are common, few firms enforce them; these contracts are governed by individual states and the verbiage and enforcement action is specific to the individual states. While non-compete terms of six months and up to a year are enforceable, it becomes significantly more difficult to lengthen these terms as they can conflict with the individual’s right to earn a living in the best way they know how. “No firm is entitled to control what knowledge is in the mind of the individual,” said Mr. Cimino. “Non-compete contracts are far more difficult to enforce but the courts seem willing to side with the firm if the actions of the individual were blatant such that they were designed to enrich the individual at the expense of the firm. One prevailing thought is that these contracts can only protect information, intellectual or intangible property, of the firm. They cannot keep the individual out of the business in a general sense – but the Nosal case could alter this significantly.”