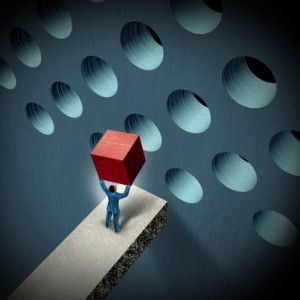 January 21, 2016 – For small and emerging companies, timing is among the most critical factors in recruiting new talent. Many such businesses wait too long before pulling the trigger on adding to their executive ranks, says Jay Rosenzweig, founding partner of Rosenzweig & Company, a Toronto-based boutique search firm. At best, delay threatens to impede growth. Worse, if a hiring turnaround goes on for too long, prospects could come to the conclusion that the search has reached the point of no return. That alone can make finding the right candidate next to impossible. After all, companies want individuals with sound business judgement. And those good instincts might warn candidates away from what can appear to be a problematic situation.

“I always advise small companies and start-ups that it is best to find talent in anticipation of need, not in response to need,” Jay told me recently. He was a partner with Korn Ferry before launching his own firm in 2004. “The trick, of course, is finding the right timing – and the right person or persons. If you add talent too soon the costs might outrun your funding. But finding individuals who are the right fit culturally typically takes time. These will likely be the most important hires you ever make. So the ability to anticipate when you’ll need to make a talent acquisition move is critical.”

Recruiting talent for a small or less established business is different from finding someone for a Fortune 500 company. Big-company executives might well be excellent at what they do, Jay explained, but they’re seldom ideal for a position that takes them so far out of their element. Typically, they’re used to having vast resources like capital, human resources, and an array of technical and logistical support systems. They have become used to a certain level of security and comfort in the job. “With small companies you are looking for someone with an entrepreneurial mind-set,” he said. “These individuals typically are looking for less base salary, for example, and more potential up-side potential. They embrace the idea that they are going into a higher-risk environment with an opportunity to more fully share in the company’s success.”

Still, there are those C-level individuals who are seeking a different playing field. And it depends on what they’re looking for, and their appetite for risk. No one can deny that a senior role at a bigger, established company has its risks, but they tend to pale in comparison to those at an emerging company, where the very future of the company can oftentimes hang in the balance. “In return for taking on that risk, however, there can be greater up-side opportunity, typically involving some form of equity or ownership,” said Jay. “There is also the opportunity to operate in an environment that will be relatively free of bureaucracy and red tape, with fewer layers of management to wade through to get things done.”

A good recruiter understands that this is where a candidate’s fit comes into play. Prospects who feel they can thrive in the small-company or start-up environment and who believe a big company will squelch their entrepreneurial spirit or limit their up-side potential should certainly explore opportunities outside of the big companies. “But this is typically best done early in one’s career,” said Jay. “I always think of John Sculley’s move to Apple from Pepsi, replacing Steve Jobs. Sculley was a superb marketing executive and a strong big-company CEO but a cultural misfit at Apple. It was like watching the body reject an organ transplant – it just didn’t work out for the company or for Sculley. Again, finding the right cultural fit is absolutely critical to success for both the candidate and the company. Finding people with the right skill-set is the easy part. Where I think my firm excels is finding individuals who will thrive in a new environment.”

Certain types of candidates stand a better chance of succeeding at a small-cap company, said Jay, but that doesn’t mean a recruiter should out of hand reject individuals with a different background, such as at a big company. “There are candidates out there that I would describe as serial entrepreneurs – they have a track record of success working at start-ups or small companies for three to six years and then move on to the next opportunity,” he says. “They thrive in that type of environment and they have a high probability – not a guarantee – of replicating past performance. I would describe that type of candidate as a safer bet.

“But there are some individuals who can succeed in both spheres. It is rare, but it does happen. Occasionally, you will find someone who was operating a unit or a new venture within a larger company very independently, in an entrepreneurial fashion. But even then, it is not quite the same. They worry less about financing and capital and they typically can fall back on corporate resources that just aren’t available to a true start-up. As I say, it happens, but it is relatively rare.”

Jay’s own experiences of working at a large search firm and then starting his own operation have been instrumental in his dealings with start-ups and emerging businesses. He knows what it’s like to have to find capital, to create a new product or service and bring it to market, to have to find the right people. “Working at a large firm like Korn Ferry certainly had some advantages,” he admitted “It gave me a front-row seat in terms of observing how a big firm operates and I am grateful for that. But I was also able to see that there might be a different model, one that combines big firm expertise with a boutique level of personal service and customization.

“We pride ourselves on using only experienced professionals throughout the process and we believe our strength is the depth and breadth of our research. We go to extraordinary lengths to identify high quality candidates. On a personal level, I also advise several start-up companies, which has given me a unique perspective in terms of understanding their special requirements. So, yes, having worked in a big firm and having started my own company definitely has enhanced my ability to assess candidates and determine what might be a good fit for them and for the client.”