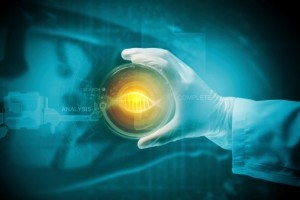 The rapid expansion of the biopharma industry has transformed the way recruiters do their jobs. The field is being driven by scientific discoveries that are opening doors to therapies and forms of care that were never available before now.

Multiple companies specializing in particular scientific areas are racing to take the lead and establish dominance over one another. Given the entrepreneurial nature of the business, it’s a never-ending battle to break new ground and get there first.

All this heightens the role of the search consultant, says John Archer, partner at Catalyst Advisors, which has offices in New York, London, and Los Angeles.

“It’s critical to get the right people into leadership roles – people who have the technical knowledge, the vision, and the leadership skills to take a team to success in unknown territory. And there aren’t that many people who meet that range of requirements,” he says.

John founded Catalyst Advisors in 2008, after 14 years with Russell Reynolds Associates, where he led the firm’s global healthcare recruiting sector.

Such pressures, combined with the ascension of LinkedIn and related social media services, have pushed recruiters to do more than merely talk about working in close partnership with their clients.

These days, locating candidates is relatively easy — but the reality is that’s only the beginning of the search process. “I moved into executive search from the biopharma industry more than 20 years ago, and even then everyone talked about being a ‘trusted advisor’ and moving away from transactional business,” John says. “But 20 years ago, those ideas were more aspirational than actual. More often than not, even very high-level engagements still came down to simply filling positions.”

A good recruiter, however, must genuinely add value through insight. “It means spending a lot of time understanding the strategic goal, culture and context before you get to the job spec,” John explains.

“So you might have a global pharmaceutical company that needs senior leaders to streamline its commercial operation so it can stay nimble and responsive to market trends. What has the company’s history been in attempting that kind of move? Is there internal resistance? What are investors expecting in terms of a timetable? These are the sorts of factors that determine who’s truly qualified for the role. It’s knowing the underlying questions to ask both the company and the candidate, and being able to interpret the answers.”

Fresh Perspective In the Boardroom

Recruiters have had to step up their game on the prospect side as well. Top candidates are in great demand and search consultants must earn their trust and respect. It’s critical, John says, to have “credibility with candidates who are very smart and who don’t have patience for people who don’t understand the business.”

For the year ahead, John and his partners believe that three main issues should be at the top of the agenda for biopharma decision-makers:

First is board composition. Despite last year’s correction in valuations, educated investors still trust that the industry can deliver. But they are bringing a more sober outlook to the table. “They expect boards to ask the tough questions necessary to ensure management is creating value,” John says. “But biotech boards tend to be very tightly knit and that can result in a comfort level that undermines the board’s ability to play that oversight role. So I think board chairs and nominating committee chairs need to ask themselves if they could benefit from some fresh perspective in the boardroom.”

The matter of succession is also critical. Given how tough it is to hire great talent in such a competitive field, leaders might consider it a big success simply to have built a cohesive management team for the present, never mind building a pipeline for the future. “But the difficulty in finding talent is all the more reason to focus on internal professional development,” John says. “Companies that can do that will have a distinct competitive advantage.”

Last, diversity matters. As with so many industries today, biopharma leaders are increasingly aware of how important it is to have management teams and boards that reflect the composition of the larger employee base. It’s imperative, John says, that the industry delivers on that front. “Building leadership teams with diverse backgrounds and perspectives is not only good business sense, but it sends a strong message about company values at a time when company values play an increasing role in employee retention,” he says.

John learned the biopharma industry by working in it, first as a chief financial officer and then as president of a small biotech firm. Having to think on his feet and solve problems he had never faced was good training for working with the array of client challenges his search firm, which numbers 20 consultants and support staff, sees today.

Perhaps even more important, he says, it taught him, as a non-scientist, to become comfortable immersing himself in the science behind a company’s product portfolio.

“Obviously, you can’t go as deep as someone in the field, but you have to be conversant in the issues and understand how they fit into the larger business landscape because you’re the first one to represent the opportunity to the candidates,” he says. “Being able to articulate the science is a core part of your credibility, and it’s one of the central qualities we look for in people who join our firm.”