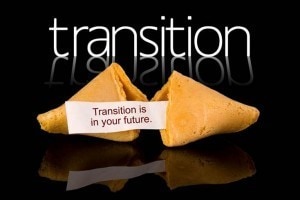 January 7, 2016 – Make no mistake, Steven B. Potter is bullish on the executive recruitment industry. But his outlook is tempered by an acute awareness of the challenges and pitfalls that lie ahead. Most notably, he says, the search business has long suffered from a lack of innovation.

With 33 years in the field, the managing director of U.S. operations at Odgers Berndtson is struck by how few of the new concepts and approaches that the industry has come to embrace actually originated with a search firm.

Steve cited a litany of such examples when we spoke recently. It was McKinsey and Co., as opposed to anyone in search, that was behind the research and publication of the influential “War for Talent” report, he pointed out. With the possible exception of Egon Zehnder, he said, leadership assessment and testing has predominantly grown out of the work of PhDs. RPOs and similar products, too, have their roots outside the recruiting industry. All of the major human capital content and conferences are hosted by market research, consulting, or accounting firms. And while Korn Ferry and some others now offer an array of diversified human capital products and services, he said the truth remains that someone else created them.

“There is a serious lack of innovative thinking among key industry leaders,” Steve warns. “This is a phenomenon probably not unique to this field, and it likely explains why it is a lot easier to get to the top of an industry vertical than to stay there. But in the future, search firms must innovate and pioneer change – they must stay ahead of the shift, or they will become roadkill for the digital revolution.”

The search firms that fall behind, and perhaps even go extinct, will be those that continue to focus on jobs in the $200,000 to $350,000 range, Steve says. These days, clients are increasingly hesitant to pay for real value-add at any level beneath the C-suite. “If your average fee isn’t going up, it’s usually an indication that you are doing more for less in the middle market, and that’s a losing strategy,” Steve says. “The fastest growing division of Korn Ferry is the mid-market search division of Futurestep. They are cannibalizing the lower end of search, their own business included, which is smart. Meanwhile the lower end of the search division just hangs on and works harder to make less. Without a clear strategy to go as far ‘up market’ as possible and having that linked to a clear digital strategy, I don’t believe that many firms will survive in their current configuration.”

Change has come, and will continue to come, and the search industry must adjust, or pay the consequences. “The current generation thinks mobile and digital in ways that many of us find unfathomable and they will all be running the show in another 15 years,” Steve says. “The human capital industry is at the beginning of a major consolidation – we saw the same thing in advertising in the late ‘70s and ‘80s – and this may present a lifeline to some of the larger brands that are sitting on their hands. But most will have to innovate or they will die. And as I have said, innovation is not the long suit of most search firms.”

For much of the industry, these are better days. Many firm are seeing exceptionally high growth rates. Yet one has to keep that in perspective. “Actually, the search industry has only just reached revenue marks that are equal to pre-crash levels,” Steve says. “So, yes, we have had good growth in a lousy ‘recovery.’ People forget that many boutiques went out of business at the start of the Great Recession and all the big recruiting firms let go between 25 to 40 percent of their employees. In many ways, this has been the most difficult recovery from a bad economic downturn. The post-’87 crash, Russian bond default, and dot-com bust all had faster and more robust recoveries. Right now, we are back to where we started with a lot more fee compression thrown in.”

In the three decades since he entered the search industry, Steve has witnessed considerable change. Most notable has been the maturation of the field, and the good and bad that comes with that. “When I first started in the business at Russell Reynolds Associates in 1982 we were still raising fees – from 27 percent to 30 percent and then to 33 percent,” he remembers. “All the other firms followed us immediately when we did this. Then, for years, the whole industry enjoyed full, uncapped fees. Those days are gone for good. Fee structuring has followed along the lines of a classic Harvard Business School case study in terms of what happens to a mature product, with little barrier to entry, in an overly competitive market. Recruiting margins have been squeezed and as a result search professionals work harder, better, and smarter to make less money. A million dollar partner at one of the big firms receives no bonus now while 15 years ago they would have received a substantial one.”

One of the consequences of this market shift, he said, is that many of the larger firms have morphed into sales driven cultures, with assignment execution pushed to younger, less experienced non-partners. Hence, global completion rates remain stuck at around 67 percent.

Steve came up in an era when large firm experience was virtually mandatory for anyone expecting to succeed. Executive recruiting was still establishing its credibility in the market. Boutique search firms, for their part, were relatively rare and many of them struggled. “As time went on, however, the arrogance, politics, and bureaucracy of the big firms began to spawn more and more good boutiques – and many of these firms thrived,” Steve says.

Over his career, Steve himself has been intimately involved in both approaches to the business. He ran one global firm, TMP, and a substantial piece of another, Russell Reynolds. He also founded or co-founded three boutiques. “The key advantage of a global recruiting firm is that the brand works for you,” he says. “‘Brand bias’ exists in the C-suite and at the board level, and not just for the recruiters but for all service providers. So, great brands originate and sustain business and that will likely always be the case.”

Boutiques, on the other hand, have less bureaucracy and recruiters can make a lot more money for the same level of production. “Work, quality, and completion rates, in my experience, also tend to be high at the boutiques,” Steve says.

“The reason I chose to launch the Odgers affiliate in the U.S. is that in many ways we have the best of both worlds: we are small – growing, yes, but still small – and therefore can compensate our employees better than most of the big firms. Having said that, we are part of the sixth largest global search platforms in the world, joined under one brand with revenue sharing and policies that are virtually identical to how the large U.S. firms operate. This allows us to play in the C-suite and at the board level in a way that most small boutiques cannot.”

Corporate America faces a lot of challenges in the years ahead, and companies will need search firms more than ever to help them find answers. “Demographic trends are horrible and putting huge pressure on talent,” Steve says. “Next year is the first year in American history when the workforce will actually decline. We are retiring 10,000 baby boomers a day and this is just the start of the bubble. Immigration policies are not replacing workers fast enough and the state of inner-city education in America is appalling. The G-8 suffers from the same issues. On top of this you overlay a digital, social, mobile, big data, cloud, tech revolution that threatens to totally overturn whole business models faster than ever and you see what we’re up against.”

Clients, he said, need talent that can navigate this brave new world quickly and expertly. “They will pay for people to help them get there. If, as a recruiting firm, we are seen as a trusted advisor – especially in the C-suite – and knowledgeable about these issues, we will do fine in the coming years.”