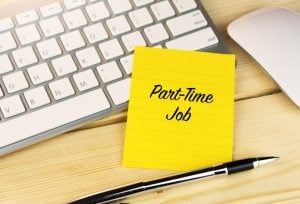 June 19, 2017 – Overseas, hiring interim talent for short term leadership needs has been a compelling option for companies for years. According to recruiters who specialize in the space, interim recruiting is
big business – and getting bigger. It generates around $2 billion annually in just the U.K. alone.

British search out fit Norman Broadbent, which recently raised $3 million to expand its interim business, offers clients the ability to fill talent gaps with high-caliber executives and provide opportunities for workers who seek to utilize various skills, build relationships with different organizations, and explore career options. It’s been a win-win proposition for years for the firm, which now plans to expand the service.

“People use interim to fill a gap,” said Norman Broadbent group CEO Mike Brennan. “It might be a short-term need. It might be a maternity leave. Somebody’s sick.” But he acknowledged these are not quite the scenarios his consultants come across. “We tend to be more involved in strategic interim needs,” he said.

Conrad Lee, a partner for U.S.-based Patina Solutions, said interim opportunities in Europe are favorable for senior executives. “Here in the U.S. the employment-at-will doctrine is prevalent,” said Mr. Lee. “But the new and growing on-demand work environment in America is opening up the interim business more broadly to U.S.-based companies seeking the temporary talent alternative.” Expectations are that in the next five to 10 years, the interim business in the U.S. could shatter the staid, full-time recruiting platforms of leading U.S. search brands, he said. “This is clearly a market sector that is worth investing in,” said Mr. Lee.

Mr. Lee said the high number of interim search firms in the U.K. has helped direct many U.S.-based multinationals make the transition to interim. They’ve tested offshore, said Mr. Lee, and many of them are ready to incorporate it into their staffing models here now.”

StevenDouglas, a top boutique search and interim firm in the U.S., maintains a large interim business in the U.K. “We realized about 10 years ago we were turning away a lot of business,” said StevenDouglas chairman and CEO Steven Sadaka. Of the $43 million in revenue his firm took in last year, over $34 million was derived from its interim division.

Odgers Berndtson, which developed a successful interim practice in the U.K. years ago, has expanded the business to the U.S. and Canada. According to rivals, the firm launched its interim practice in the U.S. after a quick start in Canada. “I am sure the folks at Odgers looked at the U.S. market the same way we did at Patina,” said Mr. Lee. “Wide open and full of great opportunities.”