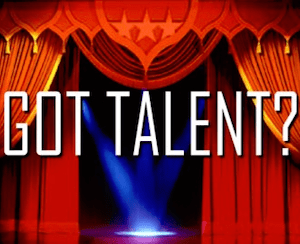 May 29, 2018 – A worldwide talent shortage of more than 85 million people could occur by 2030, according to a fresh report out of Korn Ferry – and that could lead to $8.5 trillion in unrealized revenue. How this might impact the executive search business is anyone’s guess.

The eye-opening figures are the latest in Korn Ferry’s multiyear ‘Future of Work’ series, which describes a looming and unexpected talent shortage across industries and continents. This most recent report, ‘Future of Work: The Global Talent Crunch,’ examined talent supply and demand in 20 economies across the world in three broad industries: finance/ business services, technology/ media/ telecommunications, and manufacturing. Projections were based on forecasts from international labor organizations and government statistics and then analyzed by outside economists.

The report found signs already emerging that within two years there will be too little talent to go around. In countries with low unemployment and booming manufacturing production, including the Czech Republic, Poland, Hungary and Slovakia, a labor shortage has already accelerated automation and increased use of robotics – not to replace people, but because there aren’t enough of them to fill the factories.

Reshaping the Future of Work

The U.S. alone could miss out on $1.7 trillion in revenue because of labor shortages, or roughly six percent of its entire economy. While leaders are betting heavily on technology for future growth, 67 percent of CEOs believe “technology will be their chief value generator in the future of work – but they cannot discount the value of human capital,” said the study.

“To deal with this skills mismatch, we’re seeing some companies building their own talent pipeline by hiring straight from school or college,” said Jean-Marc Laouchez, president of the Korn Ferry Institute. “These younger workers can be recruited at a lower cost and trained in the company’s specific culture and ways of working. Constant learning – driven by both workers and organizations – will be central to the future of work, extending far beyond the traditional definition of learning and development.”

Much of the shortage is based on simple demography, said the Korn Ferry report. Japan and many European nations, for instance, have had low birth rates for decades. In the U.S., the majority of Baby Boomers will have left the workforce by 2030, but younger generations will not have had the time or training to take many of the high-skilled jobs left behind.

While technology will reshape the future of work, organizations will be unable to leverage it without the right talent, the report concluded. “It is only through the partnership of people and technology that the full potential of both can be realized. To secure their future, companies must look to address the talent crunch now,” said Korn Ferry.