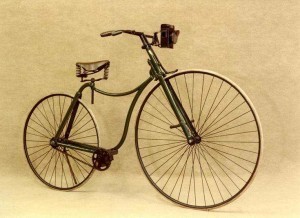 June 22, 2015 – Terry Malouf, founding president of T. Malouf and Company Executive Search, is conducting the search to replace longtime director of The National Bicycle Dealers Association (NBDA), Fred Clements. Mr. Clements is stepping down in the next few months to take a project director’s role within the Costa Mesa, California-based organization. The NBDA has therefore initiated a national search for his replacement.

Ms. Malouf, a professional skydiver, has spent the last 13 years running her search firm, most recently from Boulder, Co. She sits on the board of directors of Bicycle Colorado, a statewide advocacy organization, where she served two years as its president. Prior to forming T. Malouf & Co., Ms. Malouf served as an executive recruiter in the high technology and venture capital practice group with Bartholdi & Company.

“This has been an epic run for me personally and I am grateful for the opportunity,” said Mr. Clements. “The board of directors is making a serious commitment to increase staffing. This is a critical time for bicycle dealers on many levels, and we’ll be looking for someone to take the NBDA to the next level. I’ll be here to help.” Retailer James Moore, the NBDA’s president, said: “In the eight short years I’ve served on the NBDA board I’ve seen the organization increase dramatically the number and intensity of initiatives created to lead the independent bicycle retailer to excellence.” Mr. Moore added that what has not always increased is the manpower needed to turn strategic plans into programs that engage and empower the organization’s membership to become better retailers. “Fred has been doing more than his share of lifting as the NBDA has matured and now we look forward to focusing on the successful programs he has helped create and nurture.”