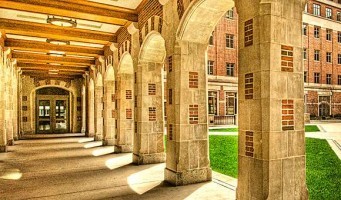 June 22, 2015 – Global leadership advisory firm Allen Austin has added retired Vice Admiral Ann E. Rondeau as head of the firm’s higher education search practice. She will also be active in Allen Austin’s strategy, not-for-profit, aerospace, defense and intelligence recruiting practices. Vice Adm. Rondeau most recently served as president of National Defense University (NDU), which is the premier center for Joint Professional Military Education and is under the direction of the Chairman of the Joint Chiefs of Staff. Rob Andrews, chief executive officer of Allen Austin, said: “We are delighted to welcome Ann to the team. Her experience as one of the most senior flag officers in the U.S. military, combined with her academic and consulting experience, makes her a very significant addition to the Allen Austin consulting team.”

Vice Adm. Rondeau earned her commission in 1974 through Officer Candidate School. Subsequent assignments included Navy Staff in the NATO/Europe Section of the Strategy, Plans and Policy Division; Office of the Secretary of Defense as assistant for policy analysis; the Office of African Affairs; special assistant to the attorney general for National Security Affairs as a White House Fellow; chief of Naval Operations (CNO) Executive Panel as assistant for political-military analysis; military assistant to the Principal Deputy Under Secretary of Defense for Policy; and, deputy chief of staff for Shore Installations for Commander in Chief, U.S. Pacific Fleet Staff.

She holds sub-specialty qualifications in political-military affairs, operations intelligence, operations analysis, strategy and planning, and military transportation. In addition, she was selected as a White House Fellow, a CNO Strategic Studies Group Fellow and as a permanent member of the Council of Foreign Relations. As president of NDU, she was a member of the board of directors of the U.S. institute for Peace, as well as Department of Defense liaison to the Center for the Study of the Presidency and Congress.

Founded in 1995 by Rob Andrews, Allen Austin provides executive search, leadership advisory, board services, and management recruiting advice to a wide array of industries. In the last 19 years the firm has conducted over 2,000 searches in a variety of sectors. In the education specialty practice that Vice Adm. Rondeau is now a part of the firm has conducted a number of high-profile assignments, including finding the CIO for Texas A&M University, vice chancellors for Houston Community College System, and VP Student Affairs for Houston Baptist University.