Menu
View our Events
Stay Connected:
Given the speed at which market conditions, business strategies, and operational structures have changed in recent years, businesses are more aware than ever of the crucial role the chief financial officer plays in shaping and driving a company’s strategic direction. A new survey from Caldwell provides which attributes truly matter in the CFO chair for private equity outfits. 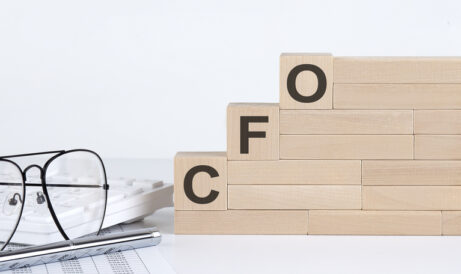 September 6, 2022 – The signature of the private equity business model has always been a relentless focus on building value and wasting neither time nor resources on things that won’t add meaningful return on investment. In short, as a recent client of Caldwell’s Dave Winston said: “We buy chaos at a discount and sell clarity at a premium.” Caldwell recently conducted a survey on the chief financial officer role to fine-tune our understanding of the skills and experiences that truly define success today for a CFO of a PE-backed portfolio company and, equally importantly, which attributes may sound appealing, but are not essential.

Over 300 private equity CFOs shared candid responses on their backgrounds, their compensation packages, and how they landed in their current role. The results are both interesting and informative, but most importantly, they present a clear picture of who currently sits in the CFO chair at many PE-backed portfolio companies, and the skills and credentials that are truly impactful in their leadership role.

“There’s no doubt that building a candidate profile for an executive search is a balancing act. Asking for everything—the candidate who possesses every possible credential—may seem like a rational request that’s meant to ensure the placement of a great leader,” said Mr. Winston. “The trouble is, each additional profile mandate further narrows the pool of potential candidates and tends to lengthen the search timeline. Yet, time is so often a critical factor in PE searches, so why eliminate powerful potential candidates, if the added search requirements have not proven their value in delivering CFO leadership success? Achieving both speed and success in a search depends upon including only those profile mandates that have been proven critical to identifying an executive who will succeed in the role.”

The responses to the survey offer current insights for forming meaningful future profile mandates for the PE CFO.

A Look at Prior Experience

Caldwell asked 33 questions that cover a wide range of topics and offer a relatively rare glimpse inside these private organizations. For instance, when asked about the intended exit for the current investor, only 26 of the question’s 315 respondents indicated a public offering was intended, while 99 expected an exit via another PE investor, and 190 selected the response, “trade/sale/strategic buyer.”

Considering Caldwell’s goal of building a better mousetrap—in this case, the CFO candidate profile that secures the best talent and an effective and efficient search for its PE clients—the firm was intrigued by the responses in a few areas, of course including previous experience. When asked, “What best describes your previous experience?” 10 percent of the participants responded, “I was a divisional CFO or No. 2 finance executive in a PE-backed company,” while 20 percent had the same status at a public company. Another 35 percent had been a CFO of a public or private company, and only 34 percent had been CFO of a PE-backed company. So just a third of the CFOs in the survey had previously held a PE CFO role. 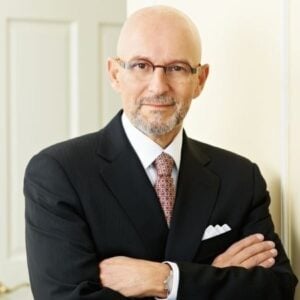 Dave Winston is the leader of Caldwell’s industrial practice and the firm’s Dallas office. With over 22 years of executive search experience, he has a diverse background in search, with significant depth across all functions in the technology, professional services and industrial sectors. Over 60 percent of his projects are in the C-suite, and he and his team have completed over 300 P&L and finance roles and nearly 100 board assignments, all with a heavy concentration in PE-backed manufacturing companies.

The skeptic would then ask, “Do all of these CFOs succeed in the role?” While the survey includes CFOs that were not placed in the role by Caldwell, they also track the firm’s placements and outcomes. Looking at Caldwell’s PE CFO placements from 2011 onward, the firm found that they were asked to replace the executive in only six percent of those placements—so the answer would seem to be a resounding yes, the CFOs do succeed in the role.

The Path to CFO

Caldwell also asked the CFOs, “What were the key factors in your hiring?” and asked them to check all relevant factors. Among the total population of participants, the No. 1 factor was industry experience, and the No. 2 factor was PE experience. Tied for No. 3 were a previous successful exit and a prior role as a stand-alone PE CFO.

Again, looking at the responses by company revenue size, private equity experience was the No. 1 or No. 2 response in all revenue categories. Likewise, industry experience was No. 1 or No. 2 in the four lower revenue categories. However, among companies with greater than $500 million revenue, private equity experience was the No. 1 response, selected by 64 percent of the respondents, while a previous successful exit and experience as a stand-alone PE CFO were each selected by 48 percent of respondents. Only in this largest revenue category did industry experience drop to the No. 4 answer, tied with public reporting experience. These responses would seem to reflect that among the largest companies, investors are more likely to be anticipating and hiring for an exit via a public offering.

By comparison, among companies with less than $25 million revenue, public reporting experience was cited as a hiring factor only eight percent of the time, while a previous successful exit was cited by 17 percent of respondents. Across all revenue categories, the CFO had Big 4 experience a quarter of the time, or less.

Turning to compensation, Caldwell found that increasing company revenue size seems to dictate all benefits when it comes to cash compensation. However, in the area of equity, revenue size seemed to have less impact on compensation structure. When asked about bonus expectations, CFO expectations increased along with company revenue, and those bonuses also became more foreseeable. The lowest category bonus of “Up to 20 percent” was expected by 41 percent of CFOs at companies with less than $25 million revenue, only five percent of those CFOs expected a bonus above 70 percent, and nine percent of those CFOs responded, “I don’t know…it’s discretionary.” At the other end of the spectrum, among companies with greater than $500 million revenue, only four percent of CFOs expected a bonus under 20 percent, half of them expected a bonus of more than 70 percent, and none responded, “I don’t know.”

The Changing Climate for CFOs in Private Equity

New reports by Heidrick & Struggles and Russell Reynolds Associates underline the evolution of the chief financial officer role for PE-run companies. Preferences, the studies reveal, are shifting as demand for executive expertise has risen.

Comparing the cash compensation package (base plus target bonus) to that of the CFO’s prior role, Caldwell found that the majority indicated they were earning the same as or more than in the prior role, across all revenue categories. However, the percentage of CFOs responding that the package was “Higher by 20 percent or more”—the highest level—increased with the revenue size, from nearly a quarter at companies with less than $25 million revenue to half at companies above $500 million revenue.

Yes, larger companies can and do pay more cash compensation. And Caldwell’s survey findings validate the notion that larger companies would be more likely to have both the need and the resources to compensate a CFO whose specific credentials are targeted to fulfilling the company’s strategic plans and shouldering the responsibilities of a larger organization.

The Equity Side is More Equitable

On the equity side of compensation, there is…well…more equity. Caldwell asked, “What percentage of the equity in your portfolio company have you been granted (vested and unvested)?” Those responses clustered around zero to one or two percent, across all revenue categories. The outlier was that 15 percent of the CFOs at the companies with less than $25 million revenue have been granted more than 3.5 percent in equity (the highest category), perhaps as a counterbalance to lower salaries. Notably, that 15 percent represents more than twice the rate of top-level equity grants offered in any other revenue category. Also worth noting, in four of the five revenue categories, more than half of the CFOs did not invest their own capital in the company.

Caldwell’s survey offers a great amount of material that is worthy of careful inspection. And while the survey may be less than scientific, the responses— directly from those sitting CFOs–offer some instructive indications. “For one, larger companies do have their weight to throw around in the market for talent,” the Caldwell report said. “And a search profile overloaded with must-have mandates may slow the search process, without adding value by securing a superior executive for the leadership role. PE investors will want to take note.”