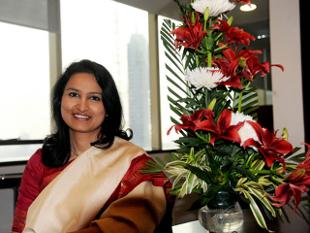 May 26, 2015 – Anjali Bansal, a partner and co-leader of Spencer Stuart’s CEO and corporate board practice in Asia Pacific, has resigned her post after spending more than a decade with the firm. Ms. Bansal founded and led Spencer Stuart’s India practice, which now operates from Mumbai, Delhi and Bangalore.

Ms. Bansal is a noted expert in strategy and leadership consulting. She is a sought-after advisor to private equity and financial services firms, industrial conglomerates, consumer businesses and digital & e-commerce companies on their corporate governance needs and leadership initiatives. Her work has covered Asia, as well as the U.S. and Europe. At Spencer Stuart, she served on the firm’s global strategy task force and its board succession committee.

Prior to Spencer Stuart, Ms. Bansal spent six years training with McKinsey & Co. Based in New York and Mumbai, she advised clients for McKinsey on business strategy issues in the banking, insurance, asset management, private equity, technology and media sectors.

She currently serves as an independent director of healthcare company GlaxoSmithKline (GSK) Pharmaceuticals India and footwear company Bata India Limited. She also serves on the advisory board of the Columbia University Global Centers, South Asia.

Ms. Bansal is said to be exiting the search business for a chief executive officer position with a leading, though unnamed, company. She is being replaced by 17-year Spencer Stuart veteran, Michael Bruce, who rejoined the firm eight months ago after a three year retirement absence. Mr. Bruce will assume leadership responsibility for Spencer Stuart’s India business, having led its Greater China business in Shanghai from 2007 to 2011. Previously, Mr. Bruce spent 13 years in the firm’s Southern California operations, 10 of those leading the firm’s initiatives in the region.