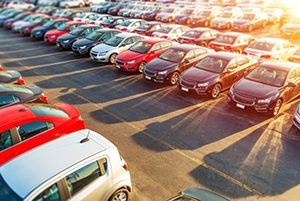 February 27, 2019 – After an extensive hunt which included internal and external candidates, executive search firm Spencer Stuart has placed Carl Liebert as the new CEO of AutoNation. Mike Jackson is stepping down after serving some 20 years in the role. He will remain as executive chairman through 2021.

“His work in improving store operations has become a model that many companies have emulated,” he said. “Carl is uniquely qualified to lead AutoNation forward.”

Mr. Liebert, who starts his new role on March 11, currently serves as EVP and chief operating officer of USAA, a Fortune 100 full-service financial services company, serving nearly 13 million members. He was responsible for the overall business strategy and delivering a seamlessly integrated omnichannel customer and member experience. Previously, Mr. Liebert was EVP, stores for the Home Depot, where he was responsible for international sales, strategy, execution and operations, including future supply chain and global sourcing strategy, for the more than 2,000 stores and 250,000 employees.

“AutoNation has a clear strategy that sets it apart in the auto retail sector and diversifies the typical retail business model,” said Mr. Liebert. “The company’s brand extension strategy has given it an edge in what is a cyclical business. The opportunities that lie ahead for AutoNation are massive, and the ability to lead this next chapter is deeply humbling and exciting.”

“The company is ready for its next chapter with a strong foundation, a coast to coast brand, a comprehensive brand extension strategy, and a transformational digital consumer car buying experience,” said Mr. Jackson.

“Before AutoNation, there wasn’t a voice of auto retail,” said Mr. Jackson. “That created a certain imbalance and tone deafness in the industry which wasn’t healthy.”

Over Mr. Jackson’s 19 years at the helm of AutoNation, the company’s stock gained 258 percent and outperformed the S&P 500, which gained 127.6 percent, according to Reuters. Most of that outperformance peaked about three years ago, however, and the stock has since lagged.

In the world of mobility, organizations that develop and produce automotive vehicles, components and related technologies that move people, goods and materials face unprecedented competition from established players and new entrants. “Accelerating electrification of vehicles, autonomous vehicle innovation and entirely new value propositions centered on connectivity require organizations to rethink their approach to leadership and culture,” said Spencer Stuart. “The courage and vision to innovate, collaborate and put customers first will be critical.”

Spencer Stuart works across the sectors and services of the mobility spectrum, including automobile, trucking, train and shipping.