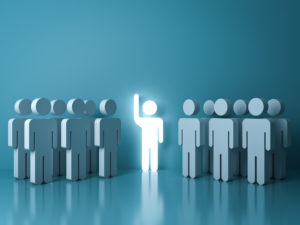 August 26, 2020 – Spencer Stuart has assisted in the placement of John C. Fortson as the new president and CEO of NYSE-traded Ingevity Corp. in North Charleston, SC. D. Michael Wilson resigned in February in regard to what the company called “matters relating to his personal conduct.”

Ingevity chairman Richard “Rick” Kelson has been serving as interim president and CEO.

Over the past six months, a CEO search committee, led by Michael Fitzpatrick, chair of the board’s nominating, governance and sustainability committee—with the help of Spencer Stuart—conducted an exhaustive search including internal and external candidates. “The board took a very diligent and thorough approach to filling this key role,” said Mr. Fitzpatrick. “The process enabled us to make a strong, confident selection that will serve to benefit all of Ingevity’s stakeholders.”

Mr. Fortson previously served as Ingevity’s executive vice president, CFO and treasurer. “John presented the board with a compelling vision and strategy for ‘Ingevity 2.0,’ based on his familiarity with the company and its unique culture,” said Mr. Kelson. “His business acumen and credibility with capital markets, combined with his innate leadership skills, make John an ideal selection for Ingevity’s next CEO.”

Mr. Fortson joined Ingevity in 2015 from AAR Corp., where he served for two years as vice president, chief financial officer and treasurer. Prior to that, he spent almost 15 years in the investment banking department of Bank of America Merrill Lynch, working in the firm’s New York, London and Chicago offices. As a managing director, Mr. Fortson had responsibility for advising capital goods and heavy machinery companies. He spent seven years as an infantry officer in the U.S. Army. His last assignment was as a parachute rifle company commander in the 82nd Airborne Division. Mr. Fortson is a graduate of the United States Military Academy at West Point, and holds an MBA from Duke University’s Fuqua School of Business.

“All of us at Ingevity are grateful to Rick for his leadership as interim CEO during an unprecedented time,” said Mr. Fortson. “I’m looking forward to working with the board and my friends and colleagues at Ingevity to create the next phase of our company’s successful journey. Our strategy remains fundamentally the same. However, we will focus on sustainability, customer centricity and innovation to drive growth. It’s a new day for the company, and we’re ready to get to it.”

Mr. Fortson will continue to serve as the company’s CFO and treasurer on an interim basis until a permanent replacement is named. The company declined to say if Spencer Stuart was assisting with this search.

Ingevity provides specialty chemicals, high-performance carbon materials and engineered polymers that purify, protect and enhance the world around us. The company operates from 25 locations around the world and employs about 1,850 people.

Over the past three years, Spencer Stuart has conducted hundreds of senior-level executive and board director searches in the energy sector, ranging from multibillion-dollar corporations to venture capital-backed startups. More than half of its searches in the industry are at the board or C-level. The firm has access to 500,000 executives across a variety of energy sectors. Sixty percent of Spencer Stuart’s work in the energy industry comes from returning clients.

Spencer Stuart’s energy practice uses it direct industry experience to help find and assess leaders for clients across energy sectors, including oil and gas, utilities, infrastructure and renewables. The practice also helps energy organizations improve the effectiveness of their boards and senior leadership teams, and support strategic and cultural transformation.